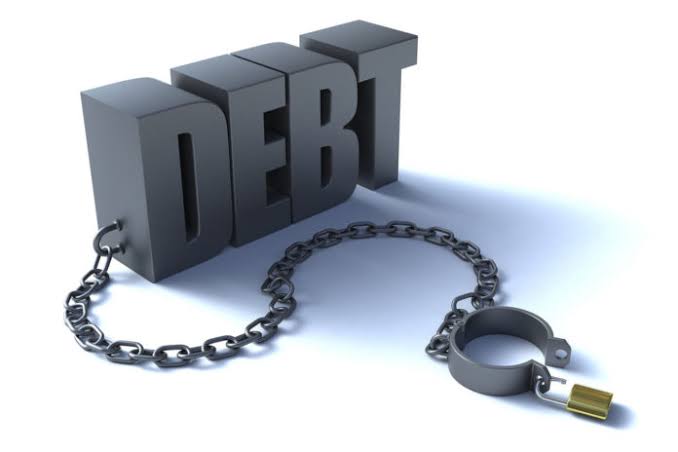 It is not kumbaya or huray for these states in red. In short they have to start asking critical questions on why they are in red! Ability to manage an economy and debt efficiently should be the strong basis to push for electoral position, this is a global practice but in Nigeria it is a different kettle of fish. Here to be elected , the ability to align with religious, political and possibly emotional ideosyncracies and similitudes of people are basically what you need to get the political office not intellectual sagacity, capacity and dexterity to deliver.

Recently , we saw tables of states across the nation that re doing well and in dire need. We have seen that states like Rivers State , Anambra states and many states in Northern region have demonstrated economic resilience and attitude to shore up their capital and their debt profile in good books, but unfortunately, the south west states have about 80% of their states in red! Even Lagos the alleged centre of excellence. What the economic watchers are asking what happened to the debt management profile, what happened to the debt portfolio and what happened to the capacity to deliver life changing infrastructure that can turn around the states for good.

I know that Nigerians have the urge and the will to blame the federal government for their inability to scale but in this case, the adminstration of Buhari must be exonerated as a matter of fact ! In short this adminstration have shown that they have the capacity to allow the states to thrive and this is seen by various projects around such as the ongoing Niger Bridge, Lagos Ibadan freeway, Rails etc !

But the big questions are what are the state governors doing with their funds? Who is overseeing these funds ? Why are they in deficit?

One thing that this table has shown is that many of the states in red has the inability to be self sustaining or in dire need of salvage. Failure to do so would amount to insolvency. If the state were to be organisations, liquidation and foreclosure would set in. With thee figures we have, what this implies is simple, the managers of these political entities (states ) don’t have what it takes or might have what it takes it lack the political balls to change the narrative.

Yes,debt is good in economics but inability to sustain and maintain it is worrisome. A trend that we are seeing many states in South West and many other states. Majority of the states in the list should sit back and have a review what they are doing right or wrong. A moment of smelling the coffee and also a moment of truth. We can’t blame it all on Covid-19,this tool years to get to this point !

Economics term it Debt to GDP ratio. The higher the number of debts a state encounters this affects the GDP of the states. The debt-to-GDP ratio are associated with insignificant effects on economic growth. However, as government as debt rises, the effect on economic growth diminishes rapidly and the growth impacts become negative.

The need to review the recurrent expenditures of these states in red, shore up internal generated revenue (IGR) not by high taxation,going through the route of high taxation would make corporate organisations leave to a tax haven and trust me ,many states like Anambra and North are granting tax havens to organisations to establish and leveraging on technology especially ICT,they can have their services and solutions in any part of the nation,so throwing up taxing is out of it as a way to shore up IGR! Reduce Government spending, reduce recurrent expenditures, go into public private partnership (PPP) or concession of some key infrastructure.

High marginal tax rates can discourage work, saving, investment, and innovation, while specific tax preferences can affect the allocation of economic resources. Going via tax road to shore up debt would be inimical for many of the states in red. Many businesses go bankrupt, because they can’t afford to operate after government takes its cut. Other businesses flee the country, to escape the high taxes. And still other businesses must cut their payrolls to stay within their incomes. The result in each case is the loss of jobs those businesses provided in the economy.

What do the states got to do? They must basically reevaluate their economic policies and standing ,create an enabling environment for businesses to thrive and also introduce ways to support SME and new businesses . These new business would pay tax after a given tax holiday. Most importantly,identify key projects not elephant projects. A state like Abia has no need building an airport ,becuse the state uses Imo Airport which is at Okpala a boundary town to Abia state and about 18 minutes drive to the economic hub of the state Aba and about 24 minutes drive to the capital , Umuahia. So why build airport when you can build fantastic roads in Aba and encourage the Alaoji power plant so that the manufacturers can have a robust environment to thrive and new businesses grow, this would translate in payment of duties, levies and whatever tax.

As it stands now, many of these states must start looking at the next level of economic emancipation. As it stand now,they are in economic woods and the need to have an economic sounded individuals and team to pilot the states becomes more imperative now that the cost of crude oil is dwindling.

OMO IGBO: MY SONS AND THEIR EXPERIENCE IN A MULTICULTURAL SCHOOL - CHARLES ACHODO. C.

Ukraine’s Invasion : How Justified Is Putin is this Speech?