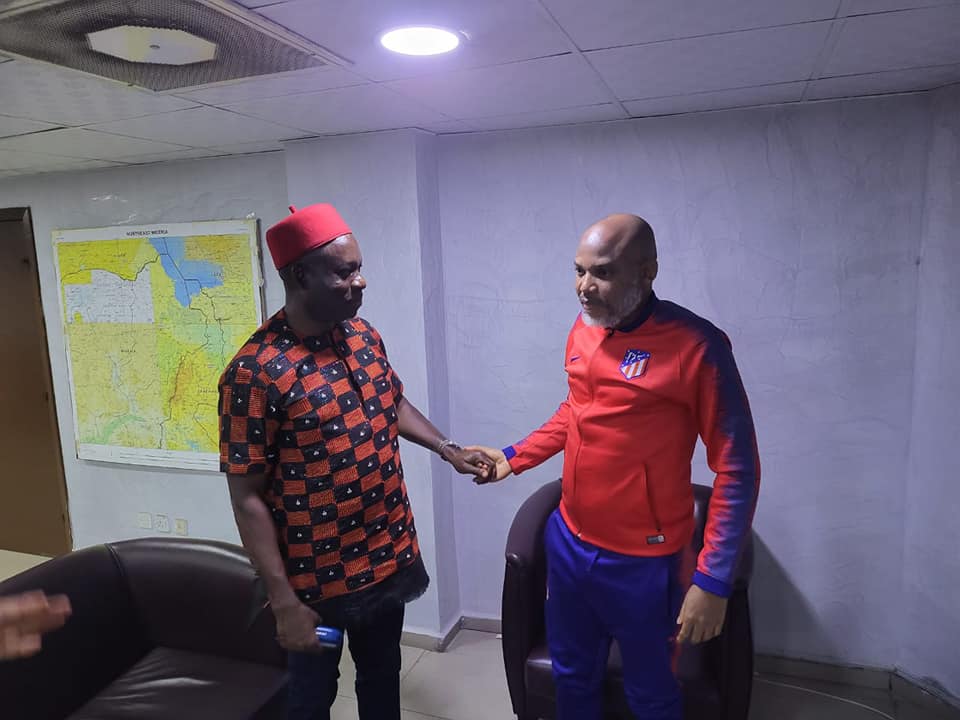 On this note, the newly sworn in Governor of Anambra state, Charles Soludo recently visited the leader of IPOB in the detention in Abuja where he is awaiting trials on several count charges ranging from treason to others. Soludo’s visit has shown that he is giving an olive branch and also implies that he has nothing against the group known as IPOB. Soludo has shown that he wants to take Anambra State to a new level, this was his mandate.

Visiting Kanu, Soludo said “I visited Mazi Nnamdi Kanu, yesterday, (Friday, 13th May, 2022) to felicitate with him and also as part of the wider consultations with critical stakeholders in search of lasting peace and security in the South East.”

He added that “He (Kanu) was in very high spirits and we had a frank and insightful discussion in a very convivial atmosphere. He expressed sadness over what he described as “sacrilegious killings” of innocent persons, kidnappings and all forms of criminalities, including the brutal enforcement of the senseless “sit at home” order, perpetuated by sundry groups claiming to be acting for or on behalf of IPOB.  He assured me  that if the opportunity arises, he will be glad to personally broadcast to his followers to maintain peace at all times. “

Together, we shall restore peace, security and prosperity in Anambra and the Southeast, He concluded.

Soludo has once again shown that he is a true leader and a leader of the Igbo, he is the first Igbo governor in office to have a direct visit to Kanu and also desirous to see that Igbo land is back to the path of economic progress and development which has been  taken away by insecurity and sit at home.

Though, a lot of people have said that apart from photo sessions that Soludo would have allowed Kanu or that he would have addressed millions of his followers to cease all forms of hostilities and agitation to ensure or see that he is out of inceraration.

Architecture team are having a discussion

Tech trends: What the rest of 2022 has in store for the industry