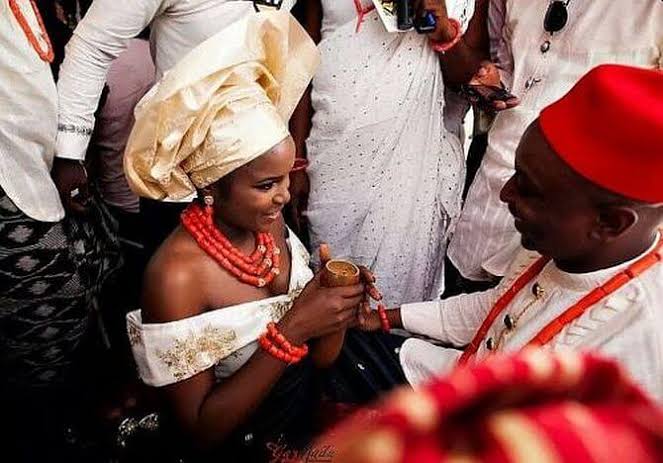 Chief Joseph Nwosu, who retired in 1924 as the highest ranking Nnewi man in the rested Royal Niger Company (later to be known as United African Company, UAC) rightly believed that his late brother’s son who had just returned from the Second World War in Burma and had just been employed by John Holt West Africa as a store manager in Zaria was ripe for marriage. It was his duty to get a befitting wife for his nephew who not only should have a good upbringing but also should have a good understanding of the mentality of an ex-serviceman. He set out to accomplish his traditional and fatherly role. He had hinted his nephew of his intentions to find a wife for him just for information sake, a hint the groom needed to make his abode ready for matrimonial activities.

A search began and the lot fell on a lady called Uzonicha, so named as her mother went into labour and was delivered on her way by foot, from Nnewi to Otu Onitsha market to sell her wares. The father, Mr. Charles Enumah who, as at 1938, was a constable (and the second highest ranking police officer from Nnewi after Sergeant Anuligo) was so elated that her daughter was the choice of the Nwosu’s from the great Ezeoguine Royal family in Otolo Nnewi. His background check on the prospective groom was positive hence he gave a green light for further discussions.

On one sunny evening in 1948, Chief Nwosu met Corporal Enumah at his home in Okpuno Nnewichi, Nnewi and both agreed that Mr. Francis Nwosu, the ex-serviceman, resident in Zaria was the best fit for Miss Uzonicha who was in school in Enugu. The traditional marriage ceremonies were conducted for the couple in absentia as marriage in Igbo land is actually between families. Even when present, the groom is not allowed to participate in negotiations and payment of the bride price. He is only allowed to represent the his kinsmen in husbanding the wife.

Miss Uzonicha Enumah was brought home from Enugu by her elated mother a day before the Nwosu family paid the bride price. She was told about the family and man she was to marry. She was enjoined to be a good ambassador of her mum and Enumah family in her husband’s place. All ceremonies concluded, she followed Chief Joseph Nwosu and his entourage home.

The new bride was assigned to Chief Nwosu’s eldest wife for tutelage on how to live and manage a man especially an ex-serviceman. She was briefed on and was taught how to prepare the husband’s best delicacies and how to forever endear herself to her man in and out of bedroom. After six months, she was sent to Aba in the present day Abia State, to the home of the future husband’s sister, Mrs Janet Egwuonwu to learn modern homemaking, sowing and other husband-thrilling skills.

One evening in March 1948, satisfied with the readiness of the bride to assuming her prepared duties, Mrs Egwuonwu call Uzonicha to her room and told her that she would be traveling to Zaria in two days’ time to meet and stay with her husband. The news filled Uzonicha with happiness and anxiety in equal measures. Clearly, she was ready to practice all she had learnt.

Mr. Francis Obiukwu Nwosu, had received a telegram from his sister about the arrival of his bride from Aba by rail. He was at the popular Zaria train terminus 2 hours before the arrival of the most important visitor. With placard bearing “Uzonicha Enumah “, he waved to any Igbo-looking girl, smiling from both sides of the teeth.

His heart nearly cut when he saw a tall, dark, slim, beautiful and breastfull lady approach him asking if he was Mr. Nwosu and gently announcing who she was in an angelic but mellifluous voice. He created a scene at the station warranting his friend Humphrey, to admonish him that “there was no need for someone to pinch one’s parcel with a nail at the post office when there’s enough time to open same all alone at home”.

A christian wedding was done a week after and the couple began their marital life as man and wife till June 8, 1978 when Mr. Francis Nwosu, my father, died at the age of 64 while his wife Uzonicha, my mother died 40 years after in 2018.

Many marriages in Nnewi, Anambra state, South East Nigeria were contracted in a similar manner as my parents’. The relations of the groom knowing his traits would search to find a bride that would complement him to ensure a harmonious home. Most marriages organized through this method hardly end up in divorce.

My mum, Mrs. Uzonicha Nwosu, testified to the efficacy of match-making and the need for pre-marital training by experienced and intelligent elderly women. She believed that the information gathered, in advance, about my dad from the people that watched him grow into a man especially his behaviour, temperament and choice of delicious foods helped her to make her marriage exemplary.

In memory of a blissful marriage she had with my dad and how loving my dad was to her, my mum would want her daughters-in-law enjoy same. In a clear demonstration of feminine bias, my mum on my wedding night, placed a curse on me, should I ever beat my wife. I have been asking her to lift this curse as it has vitiated my manliness at home.

When I bark, my wife laughs it off since she knows that I have been made toothless by my mother’s curse. The nostalgia of her happy marriage has become my cross.

Many people here would term this practice anachronistic or ancient while holding anew similar stories in the Bible.

GOVERNOR UZONDINMA POISED TO COMPLETE ONGOING AND ABANDONED PROJECTS BY PAST ADMINISTRATIONS.

GOVERNOR OF ONDO STATE, ARAKUNRIN OLUWAROTIMI ODUNAYO AKEREDOLU, SAN ON THE OCCASION OF THE SIGNING OF THE YEAR 2021 APPROPRIATION BILL INTO LAW