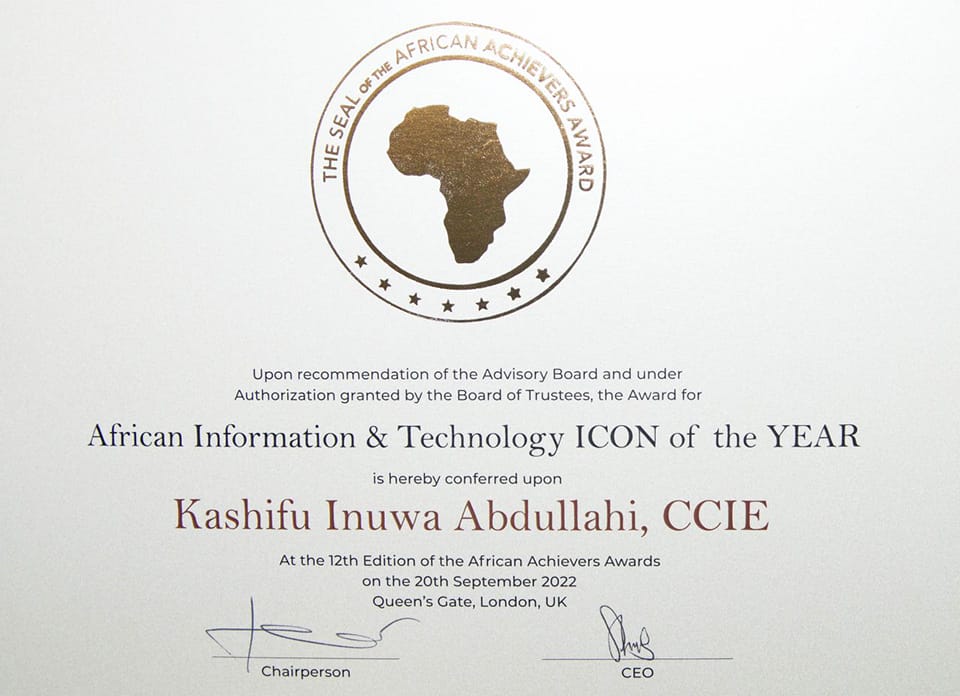 This year’s Summit, in its 12th year is with the theme, “Sustainable Development in Africa: through innovation, preservation and green energy”.

While accepting the award, the DG expressed with great pleasure how honoured he felt with such a recognition, “I am deeply honoured to know that my modest leadership style and achievements are worthy of such an important award.

“My nomination has filled me with a strong sense of pride, and I would like to thank you and the entire African Achievers Awards committee for this singular honour. I fully understand the responsibilities of this award and look forward to upholding the standard of your honour”, he added.

APPZONE EVOLVES TO BE KNOWN AS “ZONE”