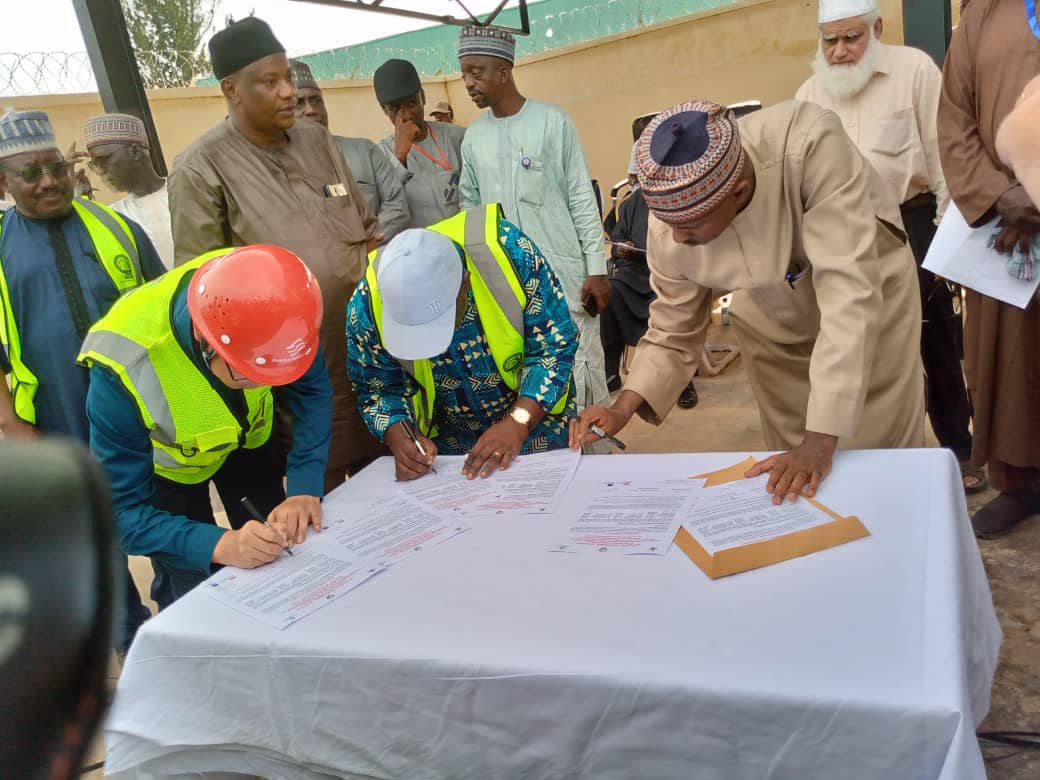 The Honourable Minister of Water Resources Engr. Suleiman H. Adamu FNSE, FAeng speaking via zoom informed that the Kano River Irrigation Scheme (KRIS) is one of the five existing irrigation schemes being rehabilitated and expanded where possible by the Federal Ministry of Water Resources under the Triming Project which is supported by the World Bank.

Engr Suleiman reiterated that in line with the principles of the TRIMING Project, the Water Users Associations (WUAs) have been supported by employing Officers to man the sectoral offices towards achieving proper Operation and Maintenance (O&M) of irrigation systems with the intention of empowering farming Communities around TRIMING Project Irrigation Schemes.

Speaking further, Engr Adamu added that consultative meetings were held severally at all the TRIMING Schemes to discuss extensively the guidelines on Irrigation Service Fee collection and its attendant relationship with the Treasury Single Account (TSA) system noting that some successes has already been recorded on this task and as such, would be replicated in all public Irrigation Schemes nationwide.

He therefore charged the River Basin Development Authorities (RBDAs) to ensure that farmers and their Associations take their new responsibilities with a steady grip by keeping the canals, drains, roads culverts and other infrastructure that are handed over to them in perfect working condition at all times thereby justifying the huge investment in terms of time and resources expended to train and empower the farmers, their associations and RBDAs staff.

He further reiterated that the entire TRIMING Project is an experimental exercise by the Ministry planned to be rolled out to other RBDAs across the Country on successful completion and reporting on the performance of the project at the first instance. The Honourable Minster added that the contribution of the Hadejia-Jama’are River Basin Development Authority’s management towards the performance of the management transfer process which is from Government controlled to farmer managed would therefore guide future decision of Government as regards the involvement of other RBDAs in transferring management of irrigation systems from Government owned and controlled, to farmer managed system.

Earlier, the Managing Director of Hadejia-Jama’are River Basin Development Authority, Maamun Dau Aliyu welcomed all to the handing- over ceremony. He pointed out the significance of the Federal Government irrigation farming system as a viable Project that would make farmers to be busy all round the year.

Also speaking at the handing-over ceremony, the National Project Coordinator for the TRIMING Project Engr. Peter Yakubu Manjok said “the project is a very ambitious intervention of the Federal Government, supported by the World Bank; a plan to provide facilities for dry season farming of about 37,000 HA in five schemes”. Engr Manjok said the project is seven years old

AJAOKUTA: FROM $5.28B TO $496M, FG RESCUES STEEL INDUSTRY GETS REDUCTION OF 91% MEDIATION CLAIM - MALAMI