Home Culture I AM NOT MAKING UP TO IMPRESS ANY MAN…. NKECHI BIANZE 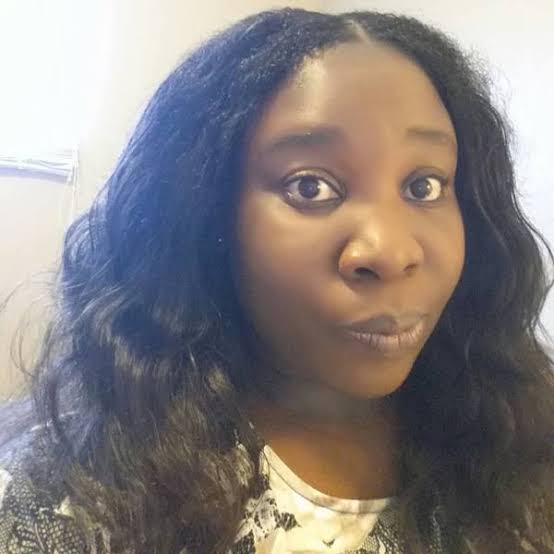 WHEN YOU RAISE MEN, RAISE MEN WITH EXCEEDING QUALITY AND CAPACITY.

Most of the men that I’ve been close to, starting from my Dad, Brother, male friends, ex boyfriends, flings etc do NOT like girls on make-up.

My Dad didn’t understand the need for make-up.

My brother still can’t comprehend why ladies spend that much time and efforts to “paint up”.

One of my exes thinks make-up is for non-achievers who are trying too hard to make-up for their lack of achievements and talents, so they resort to overcompensating with their looks.

The current boyfriend told me two days ago that he would rather I don’t use make-up and remain just as natural as I am.

Most (I dare say at least 80%) of men around me, with whom I’m in close friendship or relationships with either hate make-up or think it’s waste of time, money and efforts.

I do NOT use makeup because I’m too lazy to devote the time and effort. And I don’t know how to apply them.

Guess what? My mission for March and April is to get my ombré done, and any other semi-permanent makeup I can get.
After having these semi-permanent make-up done, I would be able to deal with my laziness and manage 15 minutes on foundation, lipstick and powder.

Almost all the men who mean a lot to me do NOT like make-up, but I’m still going to start using make-up anyway. So, it’s quite laughable that some guys actually think or try to convince themselves that women do make-up for them.

We women know that a lot of men don’t like make-up, but we do it anyway. Because we are doing it for OURSELVES!

I don’t like going out, but I sew clothes like mad. My friend asked me why I had 11 new outfits made since I seldom go out, I told him that I would have a shower, make my hair, wear them, try to make-up, then go to my mirror and admire myself. Then HE would leave everything he is doing to take me pictures that I will NOT post on Facebook. Pictures that I’ll just save in my gallery and watch them every now and then just to make myself feel good and happy. That’s why I spent over N300k on 11 new outfits. I will repeat same thing next year. He looked at me like I was mad.

Each time I tell a male friend that I’m watching my weight, they will almost always say something like “but I like you the way you are, the front and back are on point. Don’t try to lose weight and lose them.
And I’d always reply “Ogbeni, who told you I’m trying to lose weight to impress you? Why do you even think your opinion matters?”

I try to lose weight FOR MY HEALTH. Not for any other reason!

My current man says he likes conrows on natural hair. I told him immediately that I spend an average of N500k per year on wigs. I’d just do the conrows for him for indoors, and wear my wigs on the conrows for outdoors. It’s a win-win. 🙂

I know that most men can’t differentiate between N5k Darling Yaki and N250k human hair wigs, but I buy the expensive wigs for two reasons:

I remember a guy once told me that he likes me but I’m too dark. But he’d consider me if I’d consider using some lotions that will “tone and brighten me up.”

I told him that he is too daft for me, and I’d consider him for my dog if he goes out and acquire a working brain.

I found it very insulting that a mortal thought for once that I’d consider altering my skin colour just to impress him and make him find me worthy of being his girlfriend and/or wife. The audacity of some of these penis-owners is shocking.

I don’t understand why some men try to delude themselves that we women do most of the things we do for them. I don’t know where they gather these notions from. I guess it’s another fallacious myth they peddle to massage their egos. But it’s shocking.

Given, some women do some things to impress men. But not half as much as you lots imagine.

So shocking that whenever I say I want to do something, some men think their opinions matter, and that I’d put them into consideration.

The 5 Most Incredible Body Transformations