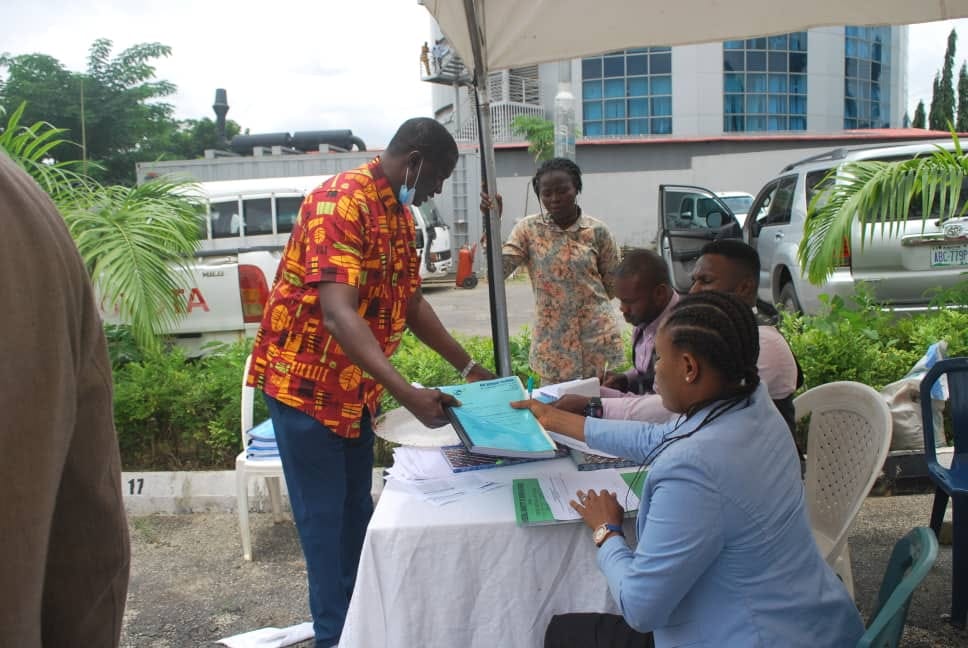 The Permanent Secretary, Federal Ministry of Women Affairs, Shehu Aliyu Shinkafi has in compliance with the provisions of Public Procurement Act, 2007 (as amended in 2014) conducted the bid opening for the procurement of various constituency and zonal intervention capital projects as approved in the Federal Government’s Budget of 2022, for the Ministry.

The procurement bid opening was done at exactly 12 noon on the premises of the Ministry.

In his opening remarks at the event, the Permanent Secretary said that he was guided by Section 16 (1) and 23(1) of Public Procurement Act 2007 which stated that public procurement should be subjected to open competitive bidding in a manner that is transparent, timely and equitable. The Permanent Secretary who was represented at the event by the Director, Economic Services, Mr. Idris Muhammed in company of other Directors of the Ministry stated that “the bidding process was aimed at achieving value for money and fitness for purpose which seeks to promote competition, economy and efficiency.”

Earlier in his welcoming speech, the Director, Procurement, QS Oyadoye Lawrence who guided the exercise, revealed that “as required by Procurement Act of 2007, pre-qualification and expression of interest exercise was advertised and published in The Nation and Daily Trust newspapers as well as the Federal Tenders Journal on the 22nd August, 2022. The publications was followed by prospective bidders and contractors submitting their bids for various project categories which he added includes: Purchase of Project Vehicles and General Supplies (Category A) as well as Consultancy and Other Services (Training and Women Development) (Category B) for the Ministry. He informed the gathering that the next stage which will follow will be the Monetary and Technical Evaluation of the bidders.

He further said that the eligibility requirement for contractors and others that showed interest in the procurement process were: (i) Evidence of Registration on the National Database of Federal Contractors, Consultants and Service Providers; (ii) Reference Letter from reputable commercial banks; (iii) Being on the National Automotive Design and Development Council approved lists; (iv) Certificate of Incorporation of the contractor’s Company and (v) Current Annual Assets to Corporate Affairs Commission (CAC) as well as Tax Clearance Certificate, etc.
The open bidding event followed the closing of submission of pre-qualification and Expression of Interest (EOI) on the 5th September, 2022 which immediately led to the EOI and Pre-qualification documents that was publicly opened at 12 Noon today in line with the Procurement Act.

The bidding event which was COVID-19 protocols compliant, had other bidders joined online to follow the bid opening exercise. Representatives of Non-Government Organizations (NGOs), Civil Society Organizations (CSOs) and others were on hand to observe the exercise for transparency. They also expressed satisfaction with the proceedings.

JUST LIKE GOOGLE PLUS, GOOGLEPLAY MUSIC YANKED OFF FOR UNKNOWN REASONS

NCC Committed to Anti-Corruption the Crusade