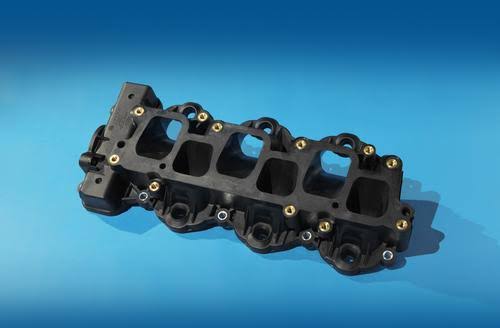 Why your car might not last more than few years! It is basically intentional and profit driven by the manufacturer not your carelessness but you have to understand this for your engine to last you… Today’s cars are more of plastics than metals. It is all about commercials especially these Asian cars. But KIA is given 7yrs warranty.

Cars these days aren’t built to last, it is called Obsolescence. It is common in car manufacturing, fashion and smartphones and computer manufacturing. These companies make sure that their goods don’t last long so that they can introduce new models so that you can dump your old models. 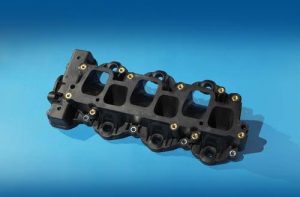 Have you driven a car before and people will ask you, why don’t you change your car it is old but the car is driving perfectly. I used to drive a C Class, that car is solid, super solid but people perceived it as an old car! But funny enough it has features that today’s some modern car do not have. I mean this is a car that comes with 8 airbags, super charger turbo engine with solid tiptronic gear! But people took it as an old car! Obsolescence made us dispose such a car! Hat far was like a faithful wife! It should have been kept Benz made a mistake in that car by making it last long! W163, W164 and M211 are such other solid cars that obsolescence madness didn’t touch! Just like Lexus LS 450 and Toyota Land cruiser 2000 model! Solid cars any day! No wonder UN still uses them in their missions

Another place that manufacturers brings Obsolescence is in parts. Many engine parts comes with rubber add-ons instead of metal! They do this for a reason! To make you dump that ride after getting tired of broken parts and that was what I exactly did with my first Nissan I drove!Love the design but hated the worries.

How can engine come with plastic valve covers, manifolds and thermostat housing and intake. I mean a plastic taking hot water to thermostats will break easily why don’t you make them on allow as Germans or European cars do. These parts will fail easily due to heat. They do this to cut cost and make profit.

I grew up driving 504 GL (dad’s) and drove 505 SR and I have come to understand what engine is all about but Nissan didn’t give me that feeling,personally. It was just a trashy ride I got there and mechanic was the undertaker.I noticed that European cars are more stronger! Cars like Volvo, BENZ, BMW, VW, Porsche. Today’s manufacturers especially Asians churn cars every six months. One model will have yearly versions but same engine but different plastic trimmings

How can one put a timing belt in an engine. The belt will not stand heat and will snap up at a certain time. Unlike Benz that uses a tuning chain. We all know that chains are stronger than rubber. Today’s cars don’t need to be more durable as the ones in the 90s or early 2000s. 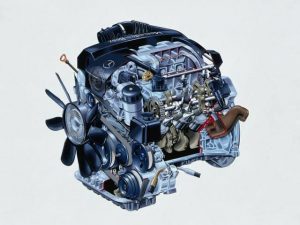 Nissan came again with the CVT gear. A gear that has rubber connecting the gears internally and we know the problem of CVT gears ask those driving em and know that their greatest fear is gear! Ask those in mechs… Reviews have been done on that CVT though it claims that it saves fuel but the challenges are enormous!

So as we many cars will always come with terrible engines. I will stick to European cars for now. How can a manufacturer make a plastic intake manifold with a molded in non removable inter-cooler! You can imagine of the plastic manifold cracks due to the heavy usage or engine heat, you the owner of the car will be throwing away a perfectly hood inter-cooler. If the inter cooler leaks, you will be throwing away a perfectly good intake manifold. This is one trick that these car manufacturer use to make you dump your cars by adding plastics in the engine… Why don’t they use a simple metal or even allow to make it. Why plastic

One of the greatest car I drove was C Class… Thy car was driven over 10yrs! Solid car! Engine solid, never overheated for one day? Never acted up for one day and tiny Mercedes issues like harness wires etc! Car was built like a tank! The automatic gear box solid! The power steering pump or the alternator never failed for one day after 10yrs plus usage! That car is solid! Served its purpose! Speed is awesome… Trust the turbo in that Kompressor… I wonder if they can make a car solid that way again. Another solid car is Lexus LS 400 six cylinders and BMW 350i solid rides that can do over 500,000 on the odometer! Not all these new cars that only 100,000 Km the oil will start shortening and the engine will start smoking. They make these days cars with cheap parts so that you can drive it few years and dump it or cannibalize it and buy a new one. It is all about profits! The car manufacturers aren’t stupid! In the 90s they were but today they are smarter?

ARE YOU CURIOUS ABOUT THE FUTURE OF IT IN NIGERIA? #AfriTECH 2.0 is HERE, REGISTER!

MTN AND ONITSHA - ENUGU ROAD, WHAT YOU NEED TO KNOW ABOUT THE CONSTRUCTION

PRO UJU ANYA: NOBODY HAS YET ACCUSED HER OF TELLING LIES

INFORMATION IS THE WHEEL