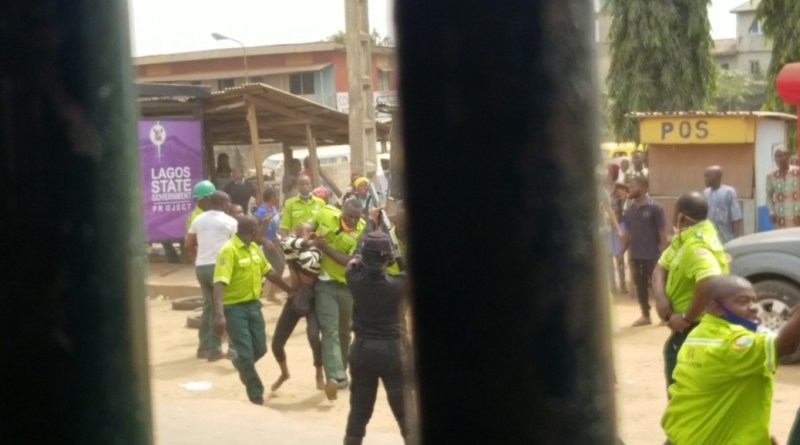 The Lagos State Government has condemned the alleged brutalisation of a journalist, Benjamin Anaja, with Guild Press Limited by some operatives of the Kick Against Indiscipline (KAI) at Meiran Bus Stop, along the Lagos-Abeokuta Expressway.

A statement signed by the State Commissioner for the Environment and Water Resources, Mr. Tunji Bello, said the present administration has a zero-tolerance for any form of brutalisation of members of the public by any employee, operative or agent of the State government.

He stated that the incident will be thoroughly investigated and punitive measures will be taken against any of the KAI operatives mentioned in the viral news report if found culpable, reiterating that the complainant would be invited to substantiate his claim and possibly identify the culprits who attacked him, despite identifying himself as a journalist.

The Commissioner, however, apologised to the victim, the management of the Guild publishing company and the Nigerian Union of Journalists, promising that the State government is determined to fish out the perpetrators of the dastardly act.

Bello said the administration of Governor Babajide Olusola Sanwo-Olu believes in a free and unfettered media, which is a basic requirement for a better and egalitarian society.

Recall that a news story had gone viral on Wednesday evening alleging that some operatives of KAI dislodged street traders at Meiran Bus Stop on Lagos Abeokuta Expressway and accosted a journalist who was recording the event.

According to the post, the journalist claimed to have produced his identity card but was, nevertheless, dragged into their vehicle, brutalised, detained for several hours and had his identity card seized before he was eventually released at Ikeja along Bus Stop.

The Ocean on 76 Group makes inroads into digital banking

Africa Churches: It is tough being a poor worshipper!