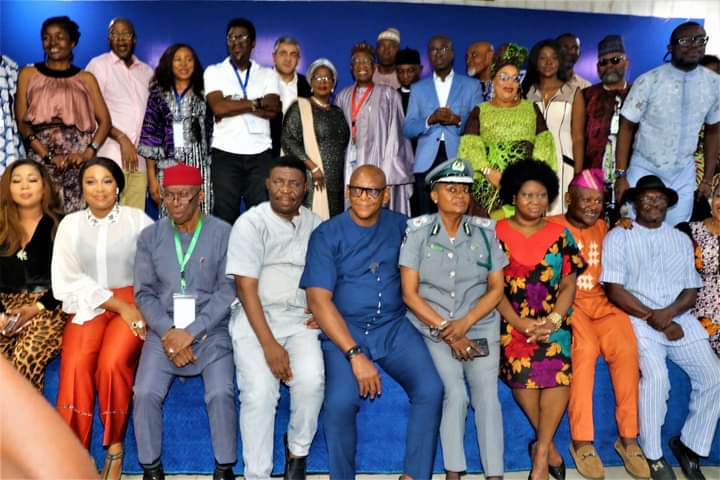 The Minister of Information and Culture, Alhaji Lai Mohammed, has called for collaboration among the three tiers of government towards the development of the creative industry in Nigeria.

The Minister made the call in Lagos on Wednesday at a special session of the UNWTO Global Conference on Linking Tourism, Culture and the Creative Industries tagged “A Day With Nollywood.”

“It is customary to put every blame on the doorsteps of the Federal Government but we don’t have a unitary system of government. We have a federal system where states and local governments also partake in the revenue the government makes. .

Alhaji Mohammed described the Asaba Film City developed by the Delta State Government as one of such commendable effort toward the development of the creative industry.

He said on the part of the Federal Government, it has enacted several policies and regulations to enhance the growth and protection of the creative Industry in the country.

The Minister said the Broadcasting Code has been amended to give Nigerians preference over others in terms of modeling for advertisements.

He said the Federal Government has also made regulations to break the monopoly of powerful companies holding on to broadcasting rights in order to ensure that Nigerian broadcasting stations also benefit from the advertising revenue accruing from such rights.

“We also made regulations in the Broadcasting Code to discourage a situation where a powerful company will buy any series and hold on to it. Smaller companies should be able to approach the bigger company to sublease the series on terms agreed to by both parties. Where they fail to agree on the terms, the regulatory Nigerian Broadcasting Commission will step in,” Alhaji Mohammed said.

He also said the Advertising Practitioners Council of Nigeria Act was amended to compel advertisers of products consumed in Nigeria to use Nigerian models to market the products.

The Minister said the Audience Measurement System being introduced by the government will be a game changer in advertising, as it will evolve an objective and scientific way to determine how many eyeballs watch a particular programme in order to drive advertising revenue.

“Audience Measurement System will put more money in the pockets of producers because they will be able to negotiate with advertisers what to charge and they will be entitled to royalties on every episode of their series that is shown,” he said.

Alhaji Mohammed commended the Bankers’ Committee for not just investing $100 million in refurbishing the National Theatre but also for the plans to establish four hubs for ICT, fashion, music and film with each being a one-stop shop for processing the entire content or product.

He described Nollywood as the authentic and unique avenue to promote Nigerian culture and image to the global audience.

He said an MoU will be developed in order to concretize the partnership between Nollywood and UNWTO towards the promotion of African culture, which will in turn attract tourists to the continent.

CHUKWUMA SOLUDO: THEY HAVE DECEIVED YOU LIKE THE DID TO OTHERS -  EKPENYONG ISAIAH

ICT IS A MAJOR CONTRIBUTOR TO NIGERIA’S GDP – DG NITDA

Deal or no deal? Stay safe on Black Friday ﻿