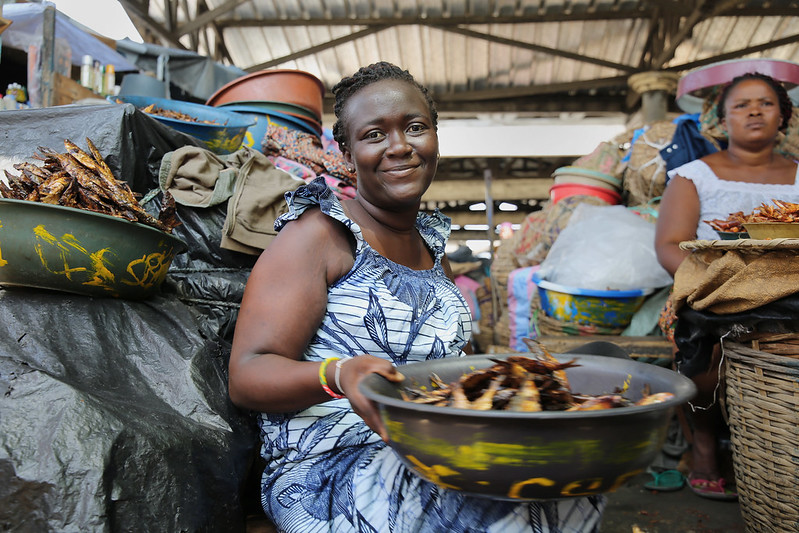 This World Food Day, the world faces a global food security crisis of historic proportions. The effects of the COVID-19 pandemic, the deepening climate crisis, spiking prices for energy, food and fertilizer, and armed conflicts, including Vladimir Putin’s invasion of Ukraine, have plunged millions into unprecedented levels of hunger and malnutrition. Nowhere is the severity of this crisis more pronounced than in the Horn of Africa, where four consecutive failed rainy seasons have decimated livelihoods and pushed approximately 21 million people to the brink of starvation. Just last month, the Famine Review Committee projected that without a significant expansion of humanitarian assistance, parts of Somalia will soon be plunged into Famine. If the seasonal rains fail for a fifth consecutive time this fall, as experts expect, and if humanitarian assistance levels remain inadequate, Ethiopia could soon follow.

USAID has been at the forefront of efforts to fight the food crisis in the Horn and elsewhere, beginning with expanding humanitarian aid. In the last year, USAID has provided emergency food and other complementary humanitarian assistance to people in need across 55 countries – an effort that includes a historic commitment of $200 million to scale up access to treatment for severe wasting in children, including procurement of Ready-to-Use Therapeutic Food.

This commitment built on our existing financial commitments to fight hunger around the world, which since the start of Putin’s war in Ukraine has amounted to more than $10 billion in humanitarian assistance. That includes more than $68 million to support the procurement, transport, and storage of up to 150,000 metric tons of Ukrainian wheat, which is being transported through Black Sea ports thanks to diplomacy that opened up the ports after months-long blockade by Putin. And just last month, at the United Nations General Assembly, President Biden announced over $2.9 billion in new assistance from the U.S. government, including $2 billion in emergency assistance that will help save lives in countries facing crisis levels of food insecurity.

Because hunger cannot be fought with emergency food assistance alone, we are also making substantial investments in agricultural productivity and resilience in food systems. President Biden’s announcement last month included $140 million in new development funding to accelerate last-mile delivery of agricultural tools, technologies, and production methods that will help smallholder farmers to boost their productivity, efficiency, and incomes. The new funding supplements USAID’s existing work creating and distributing new seeds that resist drought, heat, and disease, investing in the research and development of climate-smart agricultural innovations, and protecting and promoting women farmers’ right to own their own land.

These investments build and expand on our previous efforts and demonstrate our commitment to act with urgency and at a scale critical for responding to the growing food security and nutrition needs of hundreds of millions of people around the world. And they depend on the strength of our partnerships – with governments, private sector companies, non-governmental organizations, and local communities and individuals, particularly women and marginalized populations. At the 27th United Nations Climate Change conference in Egypt next month, USAID will continue to leverage our partnerships to better build climate resilience in food systems and farming communities.

On this World Food Day, I’m grateful to all of the members of the USAID family – whether here at the Agency or through our external partnerships – that are helping fight global hunger. The collective action we take today means a better tomorrow for millions of people. Our efforts help build a more peaceful, prosperous world where no one is hungry, and no one is left behind.

What Nigerian Communications Commission (NCC) on Electronic Transmission of Election Results in the country.