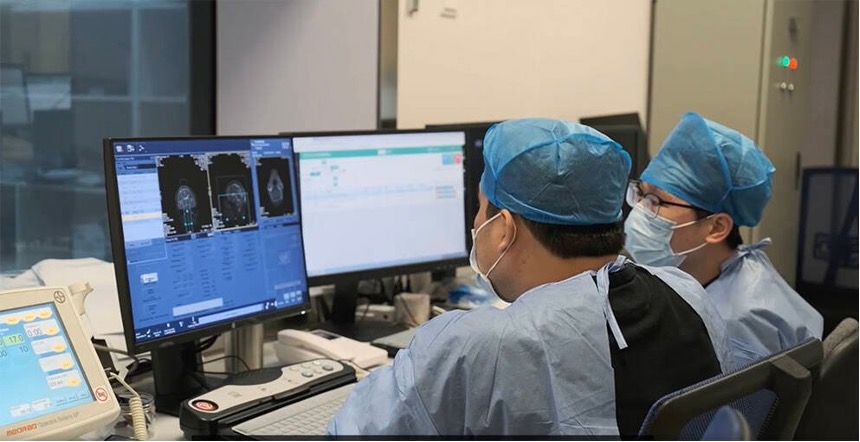 This dilemma is illustrated by data centres. They are the engine of the compute growth that informs, educates and entertains the world, and enables collaboration that will help us tackle the challenges of climate change.

But substantial research (bit.ly/3ClQW0x) by the International Energy Agency shows that data centres accounted for 200 to 250 TWh, or one per cent of total world electricity demand in 2020, while data transmission networks – mobile and fixed lined – accounted for 1.1 to 1.4 per cent of worldwide electricity use.

It’s a tribute to the ingenuity of the tech world that, so far, data centre operators and tech providers have managed to hold the line on energy consumption. Data centre energy use has remained fairly constant over the last ten years, even as internet traffic has expanded 15-fold. In 2020 alone, global internet traffic surged by 40 per cent.

But can technology providers maintain this level of efficiency? More and more people are connecting to the internet for work or pleasure, and emerging compute-intensive workloads such as AI or IoT are ever more demanding.

Indeed, can technology vendors take the initiative, and support these ever more demanding workloads, while simultaneously making data centres and networks more efficient, and reducing energy consumption down in the process?

At MWC in Barcelona this month, Huawei explained how the company is enabling providers and operators to meet these more demanding use cases, and process and deliver ever more data, while driving down energy consumption at the heart of the data centre, and beyond.

One way to reduce power consumption within the data centre is through the use of all-flash storage, and the all-flash storage market is forecast to grow 7.6 per cent this year according to IDC. With fewer moving parts, and higher density, SSDs require far less power – and cooling – than their traditional mechanically based hard disk forebears and are considered more reliable. Moreover, they are also more efficient from a data point of view, reducing access latency by half to 0.05ms, for example, and potentially increasing backup speed by a factor of three.

Less power, in a flash

And when it comes to the AI driven workloads that are imposing an increasing strain on data centres, Huawei’s all-flash OceanStor Dorado (bit.ly/3CNL9Bg) can improve algorithm efficiency by 60 per cent.

The platform offers both SAN and NAS, with built-in ransomware detection and protection, and delivers 30 per cent higher performance on small files and blocks. The result is higher utilisation of CPUs, helping boost overall compute efficiency within the data centre.

Huawei also used MWC to highlight its CloudFabric 3.0 strategy, which aims to reduce packet loss across networks. At the same time, the platform’s intelligent algorithms reduce opex by up to 30 per cent. Reduced opex results in less resources wasted. The result is an SDN architecture which industry consultants Tolly declared delivers the highest level of autonomous driving (prn.to/3SmAOlj) in the industry.

Meanwhile, Huawei’s CloudWAN 3.0 technology, based on its NetEngine 8000 F8 routers, unveiled at MWC, enables the construction of experience centric IP production networks and office services. The platform launches with forwarding capability of 2Tbps, which will increase to 6.4Tbps in the future. But it also features two patented technologies – SRU warm backup and a rectifier circuit – which help to deliver a 30 per cent reduction in power consumption.

The Cloud Campus 3.0 solution (bit.ly/3eJo3Ui) enables further efficiency, with its “concise structure” reducing the classic three layer model of access, aggregation and core, to just two, access and core. By transforming the access switch into a highly flexible, remote extension Huawei delivers an 80 per cent reduction in equipment management nodes.

The architecture also features Power over Ethernet technology, allowing power to be delivered to terminals over data lines. With each port requiring less than a 1W of power, overall energy consumption is reduced by 30 per cent compared to the industry average. In a campus with 2,000 unit users, that equates to a 23,800 kWh saving Huawei’s figures show. Resources are further preserved, with the PoE optical fibre network being maintenance free for 15 years.

You could think of Huawei’s vision of the Intelligent Cloud Network as the “Power Grid” of the digital world, supplying “digital” efficiently, 24 x 7. While simultaneously reducing the load on the actual power grid.

Looking even further afield, Huawei’s Fiber To The Office (FTTO) (bit.ly/3TlhHJS) and Fiber To The Machine (FTTM) solutions enable the new generation of industry 4.0 applications, such as smart factories, while again, working hard to increase efficiency.

For example, at MWC, Huawei showed how a smart healthcare network project at the Union Shenzhen Hospital delivered 10Gbps coverage, and reduced the number of O&M nodes by 60 percent, while 1000 CT images can be uploaded and downloaded within one second.

Huawei illustrated how the use of FTTM again rationalises the architecture in oil field operations from over 10 layers to just three and combines blistering speeds with secure data collection and intelligent management. Again, this reduces network maintenance costs by up to 70 per cent, while allowing unattended operations across a field of over 60,000 oil wells, all over a single network.

The architecture is similarly applicable to other heavyweight applications such as port management, power infrastructure, and metro transit. Huawei highlighted the application of its FTTM technology in a metro network, which resulted in an 80 per cent reduction in ELV room space, and a 90 per cent reduction in cabling space, while delivering network reliability of 99.999 per cent.

These are just some of the examples Huawei demonstrated at MWC this year. At the event, Huawei showcased how it supports customers in implementing innovative solutions and practices, from government and public sector through finance, transportation, energy, manufacturing, and of course, ISPs. In every scenario, Huawei focuses on reducing carbon emissions, which means that whatever customer problem the company is helping to solve, it also helps solve the biggest problem facing us all.

To go further in depth on how Huawei is changing the data centre, and the industries that rely on it, check out Huawei Enterprise at Huawei Connect 2022 (bit.ly/3VD4I85).

MTN AND ONITSHA – ENUGU ROAD, WHAT YOU NEED TO KNOW ABOUT THE CONSTRUCTION

IN COMING MONTHS, YOU WILL WITNESS MASSIVE SHIFT FROM INSURGENCY TO PEACE, STABILITY, PRESIDENT BUHARI TELLS NIGERIANS IN THE NORTH EAST