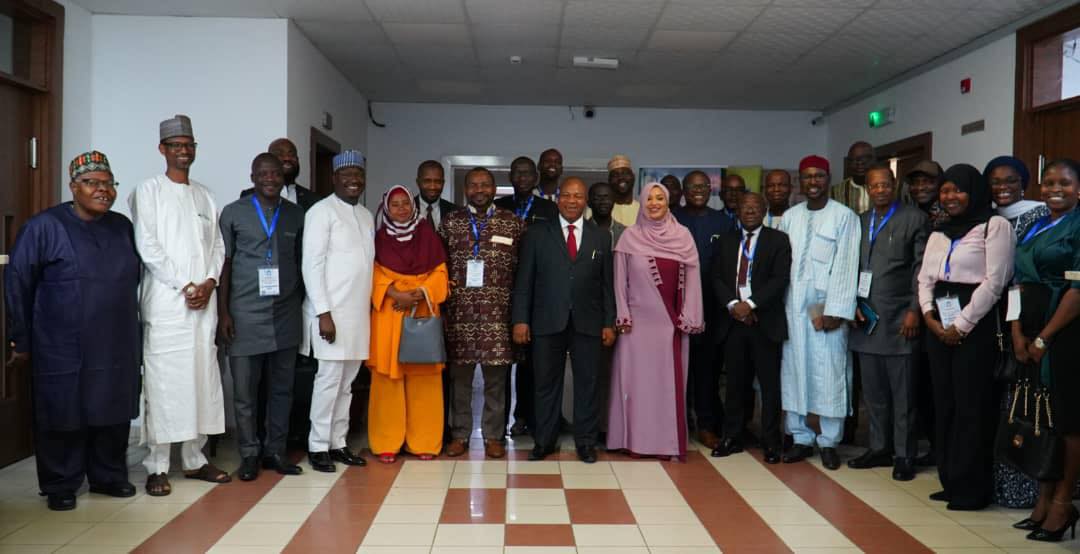 The Federal Government has affirmed its unalloyed commitment to supporting the Forum of Inter Governmental Action Group against Money Laundering in West Africa (GIABA) member states in the fight against financial crimes and other corrupt practices in all its ramifications in West Africa and Africa at large.

The Secretary to the Government of the Federation, Boss Mustapha, CFR, made the disclosure while receiving in audience the delegation from the Forum of GIABA Member States led by its President, Stanley Ford in company of the Executive Secretary of the Forum of FIUs of the GIABA member states (FIU of Nigeria), Hafsat Abubakar Bakari, in his office.

SGF, who was represented by the Permanent Secretary, General Services Office (GSO), Dr. Nnamdi Maurice Mbaeri said the Federal Government is committed to fighting financial crimes and ensuring fiscal transparency and accountability. In his words:

“He (SGF) asked me to reassure you of the commitment and dedication of Nigerian Government to support you at all times and to encourage your good works in fighting against financial crimes not only in Nigeria, but in Africa at large”.
He stated that the Federal Government has been committed in the fight against money laundry, terrorism financing, and the proliferation of weapons of mass destruction and small and light weapons in the country in order to ensure fiscal transparency and security of lives and property.

In its quest to fight corruption, the SGF said that the Federal Government has established several anti-graft institutions such as the Economic and Financial Crimes Commission (EFCC), the Independent Corrupt Practices and Other Related Offences Commission (ICPC), the Code of Conduct Bureau (CCB) and Code of Conduct Tribunal (CCT); with the mandate to curb money laundering and other illicit financial crimes. He added that the Government is ready to collaborate with the Forum in the actualization of its mandates in fighting against money laundering and other financial crimes.

He further indicated the commitment of President Muhammadu Buhari to the fight against corruption in giving his support for the location of its regional headquarters in Abuja.

The SGF added that with the calibre of personalities in the Forum, he is rest assured that they would bring all their expertise to bear in tackling the menace of corruption in Africa.

Speaking earlier, the President of the Forum of Inter Governmental Action Group against Money Laundering in West Africa (GIABA) Member States, Stanley S. Ford has expressed thanks and appreciation to President Muhammadu Buhari for the financial support and the plot of land for the construction of the Forum’s headquarters in Abuja.

He also thanked the SGF for being a pillar of support to the Secretariat of the Forum and promised to collaborate with his office in the fight against financial crime and other related crimes.

The Inter-Governmental Action Group against Money Laundering in West Africa (GIABA), which was established on 10 December, 1999 by the Authority of Heads of State and Government of the ECOWAS, is responsible for facilitating the adoption and implementation of Anti-Money Laundering (AML) and Counter- Financing of Terrorism (CFT) in West Africa. It is also a FATF-Styled Regional Body (FSRB) working with its member States to ensure compliance with international AML/CFT standards.

As Africa-European Union (EU) Campaign Berths in Lagos, Amb Isopi says: ‘We see Africa from the Lens of Nigeria’

Onitsha economic empowerment: lifting the poor in Onitsha out of poverty, set for takeoff

Our Armed Forces are the best in the world – Hope Uzodimma