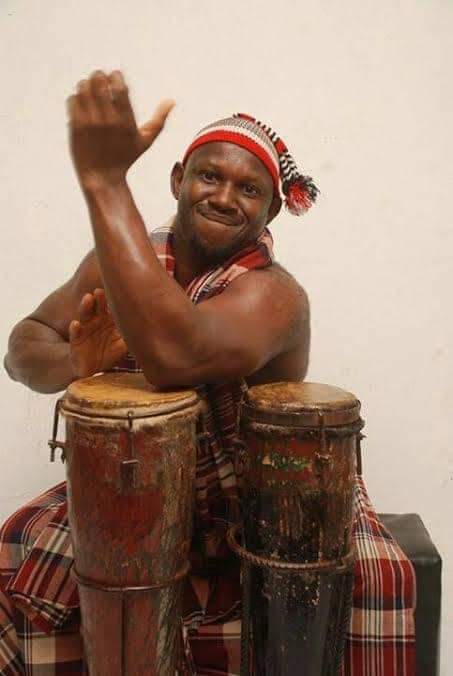 Recently I have heard a few of people who say some igbo speakers who also bear igbo native names are not igbos , some claim they came from either Benin or igala .Or some self acclaimed historians claim igbos are not of same ancestors.Some even went ahead to say igbo was imposed on them.There is a saying that a lie repeated too often will be assumed to be true.This article is to address some of the misconceptions and prove that igbos are one people, same ancestor wether your migration story is from Idu(Benin) or igala. .

1.Idah and igodomigodo/idu are part of the earliest sphere of igbo migration before 8th century AD. Migration is part of human evolution and humans are not static. Igbos have always moved from one location to the other in search of greener pastures and arable land for farming from prehistoric times and igbos are known for that even till today.

2.According to Nancy C.Neaher(awka who travel) ,the igbo area of southeastern Nigeria is one of the most populous region of sub-saharan Africa ,with a human density of 1,000 per square mile.In addition, in the book,cambridge history of Africa before 1600AD,it stated that the population distribution of eastern Nigeria is a high density belt.So it’s not surprising that igbos from prehistoric times had migrated to Idah and Delta-Benin environs due to high population density in search for arable virgin land for farming which was there major occupation .This movement is estimated to have occurred before 8th century AD, long before the advent of kingdoms in idah and Benin which subsequently led to the recoil of these igbos back to the eastern region.

3.Igbos have formed part of the nucleus of the multiethnic population at Idah before the settling of igalas and advent of igala kingdom. Its on record, as documented by G,T BASDEN(among the igbos of Nigeria) and Nancy C.Neaher(awka who travel) that the awka blacksmithers travel beyond the borders of ibo country ,north into igala, ibaji, idoma,warri and beyond, casting bronze,brass iron bells,hoes,according to specifications.Most times awka blacksmithers spend months and years away from igboland plying there trade and the possibility of establishing igbo settlements at these distant places can not be ruled out.This trade is estimated to have begun before 8th century AD (igbo ukwu bronzes) but however it became apparent in the 14th century AD following excavations made at awka (D.D HARTLE, 1966 page 26),GENERAL HISTORY OF AFRICA (Africa from 7th -11th century AD page 522.

4.Awka Smith always worked alongside Nri priest(patron and founder of the Ozo title) and they made and fabricated the ozor staff(ofor) ,iron bells and other ritual staves for the Nri priest. It’s on record that the Nri Influence extended beyond the igbo sphere into southern igala where igbos had earlier migrated and Idu/igodomigodo which later became Benin ,Nancy C.Neaher(awka who travel).

5.Nri Influence (9AD) extended beyond the shores of igboland into south of igala and igodomigodo(igbanke igbos in present Edo state) all of which igbos had earlier migrated in prehistoric times,(according to a book GENERAL HISTORY OF AFRICA (Africa from 7th -11th century AD by M.El Fasi) .On the west of Niger River,Nri priests along side Awka blacksmithers Made Ofor wands(staffs) for igbos along that axis(from Anioma down to Benin(igbanke igbos).Ichi facial scarification were also Noted among igbos in Delta and eastern side.They maintained ties of loyalty with Nri priestly cult by cleansing grave social infractions and abominations and conferring of rights of leadership (interesting narratives of olaudah equano 1745AD and Nancy C.Neaher(awka who travel) .So there was a prehistoric movement of igbos up north (idah) ,followed by migration and drift downward of igala from Wakuri in Taraba (Attah of igala HRH Dr Michael Idakwo-punch 2017) and migration of some igala into northern igboland to seek refuge due to raids in the extreme north of igala by sokoto jihadists in 1834 (igbo-igala borderlands by Austin.J.Shelton page 18).Igala later(late 1800) imperial Influence on northern igboland was kept in check by activities of the Aro.

In an interview granted to Obi agbogidi chukwunwike anyasi of odumuje-unor kingdom, delta state,he clearly stated that Nri priests performed rituals at the palace of Oba of Benin (genesis of migration of Ezechima to Benin from igboland) and this point was further supported by M.D W Jeffrey in his book Oreli mask Nigerian field, volume 10.He noted that Nri priests were performing certain ritual functions at the installation of a new oba of Benin.

6.As noted by Nancy Neaher,Nri Influence extended beyond northern igboland into idah where igbo settlements had earlier dispersed(ibaji,akpanya, olamaboro) from prehistoric times before the establishment of igala kingdom .Nri priests,along side Awka blacksmithers made iron bells, hoes,armlets,leg bands in igala and took over production (Boston 1964). R.N Henderson noted in the book GENERAL HISTORY OF AFRICA (Africa from 7th -11th century AD ) that royal bells made by awka blacksmithers were included in the burial of igala kings.In exchange for the services rendered, the awka blacksmithers brought back dried fish,maize,yams,elephant hair necklaces and horses which they used for sacrifice to Alusi (Nancy Neaher ). The true igala/Benin migrants Into igboland are few and mostly located at the igbo-igala ,Benin-igbanke igbos borderlands and those migrants met existing igbo settlements on ground.

8.With the rise of Benin kingdom in the south and hostilities in the kingdom, many of these igbos that had migrated there prior to this time (Ezechima, Akalaka etc) began to return home.There deliberate migration towards the east, crossing the Niger river back to Onitsha shows they knew where they came from.As already noted in the book, cambridge history of Africa before 1600AD,page 273,the density of population in eastern region was already high before 1600AD when Ezechima and family is said to have left Idu/igodomigodo. So migrating in reverse, against an already densely populated area must be a deliberate move heading home and its unlikely they arrived onitsha a virgin land.

9.Thesame recoil event Also happened with igbos already spread up north to idah.The igala kingdom and subsequent hostilities,many of these igbos returned back to Nsuka,Enugu Ezike northern igbo borders. please note.non of the said igbos that returned from Benin or idah spoke any other language on arrival to igboland except igbo.They all had igbo names and spoke igbo on arrival to igboland. No history book documented they spoke any other language other than igbo.This further proves that they had already migrated there in prehistoric times and only returned back home.As igbos have always been decentralized societies,with the priestly cult of Nri widely known and fulfilling the needs of igbos at that time all over igboland, the system of government is not military. it’s not surprising if the history of early kings of agbor are from Benin. origin of kingship is not always origin of a people. The rise of igala or Benin kingdom may have Imposed some conventions among igbos within there sphere, but that doesn’t take away the fact they have always been there and retained there igbo identity.

10.So contrary to what some believe that some igbos are not of same ancestor, igbos have always been one and ancestral in there land.wether your migration story says your ancestors migrated from around Benin or igala, igbos have always been igbos and those that migrated to distant places only returned back home because archaeological findings have shown igbos are aboriginal occupants of southern Nigeria with settlements dating since 3000BC.(Thurstan Shaw-Radiocabon dating in Nigeria, 1968.

By professor Ofoegbu R.N with contributions from Dr Benson and Dr Opone.C

NIGERIAN LAWYERS, I ATTEST TO Barrister Olumide Akpata's LEGAL and SOCIAL SOPHISTICATION and EASE OF DOING BUSINESS TO DELIVER the NBA PRESIDENCY.