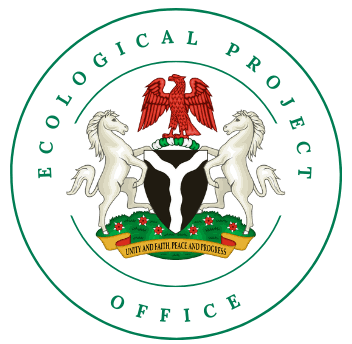 Dr Famous made this known during the familiarization visit of the Geological Unit of the National Emergency Management Agency (NEMA) at the EPO Conference Room, today, Thursday, 8th September, 2022

He reiterated that the Ecological Project Office as a special intervention office on ecological challenges does not have budgetary allocation but operates with the Federal Government’s 1% share alongside four other related agencies which include: NEMA, Great Green Wall, North East Development Commission and the Nigeria Agriculture and Land Development Agency (NALDA).

He urged the team from NEMA to assist in educating the public on EPO mandate, stating that there is no sludge fund in the Office as it is often misconstrued by some Nigerians.

The Director, Pollution Control EPO, Mr. Clinton Igwe, observed that the Federal Ministry of Environment charged with policy formulation on Environment could be best positioned to play the coordination role in bringing all relevant agencies together to produce the National Policy on the flooding, erosion, earthquakes and earth tremors. He added that this would fast track NEMA’s current drive for an enduring solution to the environmental challenges in the country.

Speaking on behalf of the Director-General of NEMA, the Deputy Director, Research and Forecasting, Mr. Abdullahi Adamu Usur, thanked the Director, Overseeing the Office of the Permanent Secretary, EPO for obliging the request, stating that the visit is aimed at seeking ways of strengthening ties, learn and identify areas of collaboration with EPO.

Mr Abdullahi Usur also attested to the enormous interventions by EPO on ecological projects office and for its collaborative efforts with sister agencies.

The Principal Planning Officer and the technical officer of the Geological unit of NEMA, Mr Awwal Sadiq, stressed on the need to have a united front with relevant agencies in order to build an enduring solution on the myriad of Environment and Ecological challenges in the country which is also a global threat.