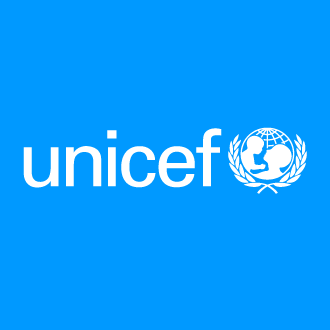 When kidnappers arrived at a certain school in one of Nigeria’s northern states recently to abduct students, they failed! Their targets were simply nowhere to be found when they got to the school!

“That happened because the students applied the knowledge they gained from school safety training,” explained Hassan Abdullahi, chairman of the institution’s School-based Management Committee (SBMC).

“Don’t ask me what they did because I won’t reveal that for obvious reasons,” said Abdullahi when asked.

But what the students did to avert the attempted attack on their school might be helping restore confidence in school attendance, notes Abdullahi.

“I’m not saying that students can confront the abductors, but they have skills on how to respond to attacks, and this is important.”

Abubakar Surajo, from north-west Nigeria, was one such parent. His son, Ibrahim, 13, was abducted at school in late 2020. Some gun-toting men had invaded Ibrahim’s school about midnight and abducted him and his classmates. They spent one week in captivity before they were rescued.

“Ibrahim is not going back to that school, or indeed any other school soon,” his traumatized father had said.

But the confidence of parents to see off their children to school despite the threats of school attacks is returning, said Suleiman Alhassan, principal of a junior secondary school whose school is among several that have benefitted from a training on Crisis and Disaster Risk Reduction and School Safety, supported by UNICEF.

The first known abduction of school children in Nigeria took place in 2014 when 276 girls were taken from the Government Secondary School in Chibok, Borno State, north-east Nigeria.

Since then, attacks on schools have continued to recur.

Between 2020 and 2021, there was a spike in attacks on schools in north-central and north-west Nigeria, severely impacting learning. Learning for 5.3 million children was disrupted when 11,536 schools were shut for a specific period in 2021 by the authorities as a precautionary measure to avert more attacks.

Some parents whose children were affected said they would not allow their children go back to school.

With funding by the Foreign, Commonwealth and Development Office of the UK for the Girls’ Education Project 3, UNICEF has supported the training of learners, teachers and school-based management committee members in several schools on school safety, especially on how to respond when their schools are attacked.

Following the training, schools have established school safety task teams; developed school Emergency Preparedness and Response Plans; while community-level sensitisation have also been carried out, including the development of school safety guidelines which will soon be disseminated.

“Attacks on educational facilities are a grave violation of children’s rights,” says Peter Hawkins, UNICEF Representative in Nigeria. “Such attacks deprive children of the right to an education. They make children fearful of going to the classroom, and parents afraid to send their children to school. Schools must be safe places to study and develop, and learning cannot become a perilous endeavour.”

As the world marks this year’s International Day to Protect Education from Attack, analysts and education stakeholders have reiterated calls for authorities in Nigeria to find a permanent solution to attacks on learning institutions. Stop-gap measures, and palliatives are not good enough, they say.

DINGYADI SEEKS SUPPORT FOR PPCC IN THE NORTH EAST

We have crashed the price of Nigerian domain names – Cloudwafer