Home Opinion The Imo Debacle and Obiano’s Power of Turning the other Cheek. 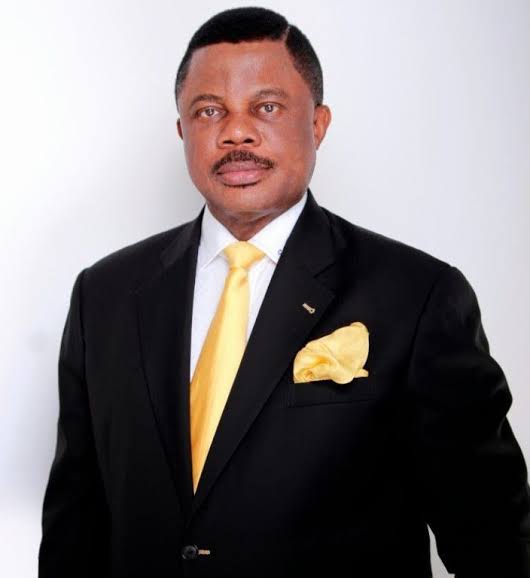 OMICRON: AFRICA, RESPECT AND THE REST OF THE WORLD

Although we may never admit it but the recent naked dance of power in Imo State has amplified the power of silence of Governor Willie Obiano of Anambra State. And when the history of modern Anambra State is finally written, Obiano will be remembered as a kind man…a leader who always turned the other cheek.

Indeed, the more we contemplate the somewhat embarrassing tragicomedy in Owerri, the more we appreciate Obiano’s quiet strength. As governor of one of Nigeria’s most top-heavy states, Obiano has carried the weight of his office with admirable dignity. And this is no exaggeration. There is no other governor in contemporary Nigeria who has shown so much humility and meekness as to tender a public apology to his predecessor for simply doing the job he was elected to do. Nigerian governors don’t say “I am sorry.” Throughout history, power is known as the most potent intoxicant. Rarely do people in power admit their errors; not even in private. But Obiano brushed aside his ego to tender a public apology in full glare of the world. He did that with full awareness of his power as governor and that the instruments of coercion are on his fingertips. And for his humility, he got cold shoulders in return. Did it worry him? No. Obiano is a master in turning the other cheek!

Of course, it is not an overkill to say that no governor since the creation of Anambra State has absorbed unearned insults and ridicule with as much dignity as Willie nwa Obiano. The very man to whom he had publicly apologized has retained a pack of hack writers who draw monthly allowances to run Obiano down on social media, deride his achievements, undermine his public image and cause him grave psychological discomfort. In furtherance of their mission, the unruly team has fabricated cruel death rumours against Obiano’s wife, hung the foul news of an undisclosed terminal illness around his neck, accused him of selling Anambra State without naming the buyer, planted stories with the intent of insinuating mistrust into his marriage, called him names and defamed his character. But not for once did Governor Obiano retaliate. Instead, he ordered his media team not to return fire; observing in a formal address to mark one of his anniversaries that social media criticisms had served as the sharp edges that had kept him firmly focused on achieving his vision of a better Anambra State.

On the other hand, his adversary has never missed an opportunity to take a dig at him. His public lectures, and they are many, are never quite complete without phlegms of sarcasm spat with virulence in Obiano’s direction. His media appearances are laced with snide remarks at him. And yet, not once has Obiano answered back. Nor has he expressed discontent at being constantly heckled. There is power in silence. A menacing kind of power. And Obiano has mastered it!

Meanwhile, across the Amansea River is the neighbouring Enugu where former governor Sullivan Chime had run the man who handed power over to him out of town. Further subterranean moves had crippled all his businesses and left the once bubbly Ebeano Estate a ghost town. And the sky did not fall. It wasn’t until Governor Ugwuanyi came to power that Nnamani was allowed to breathe again. Governors have enormous powers. Every governor chooses how to use his. Sullivan Chime and Hope Uzodinma have shown how to use theirs. They did not turn the other cheek!

Obiano’s most recent act of grace happened a few days ago when his adversary once again circulated a false story that he was prevented from leaving the US for undisclosed reasons while the governor was already in Anambra State, holding crucial sessions with his commissioners. He remained unruffled by that childish mischief which was intended to create the false of impression that he had a run in with the law in the US. Again, the power of silence. He slays dragons with silence!

Just last year, a group of royal fathers broke protocol and went to Abuja on an ill-advised and ill-motivated mission to incite the presidency against Obiano. It was one incident which would have made some governors exert the full weight of their executive powers to make a point that nobody should trifle with them. The outcry against them was overwhelming. Ndigbo from every corner of the world condemned the treachery of the royal fathers. Writing with so much anger and disappointment, the feisty columnist, Comfort Obi described the affront as “disrespectful to the traditional institution of the state and igbo land. Traditional rulers should carry themselves with more dignity than has been exhibited in the instant case. And what they did should be dismissed in one word: Disgraceful!” She further argued that no traditional ruler in the North would have dared what the errant royal fathers attempted in Anambra. “He would be deposed. Ask the former Emir of Kano, Sanusi Lamido Sanusi. He was deposed on a mere suspicion of dabbling into politics,” she thundered.

But even in the face of such extreme provocation, Obiano’s reaction was measured. Rather than outright dethronement of the royal fathers, he merely announced their suspension for only one year. And less than six months after that, the errant traditional rulers were forgiven and their full honours restored. These are people who had committed a sacrilege. But Obiano merely chided them in a manner that says “go and sin and no more.” Tell me about turning the other cheek one more time.

It needs also to be mentioned that it took the forgiving nature of Willie nwa Obiano to restore erstwhile governor, Chris Ngige to the official memory of Anambra State. Chief Ngige who had risen to power through the backdoor was flushed out through the court and stripped of the halo of all former governors. But Obiano has restored his pensions and his official portrait in the executive chambers of Anambra State. It does not matter that the same Ngige now wakes up every morning with a word of reproach for Obiano.

All things considered, Governor Willie Obiano has shown that leadership is about the people…that power is intoxicating but transient and that any leader who fails to keep an eye on tomorrow is doomed.

This is Obiano’s silent power that has sustained the social balance of Anambra State!

WE HAVE BEEN ABLE TO OFFER WORLD CLASS CYBERSECURITY SOLUTIONS FOR TEN YEARS IN...

Igbo and Southerners: Must they travel and why pass through such a stress?