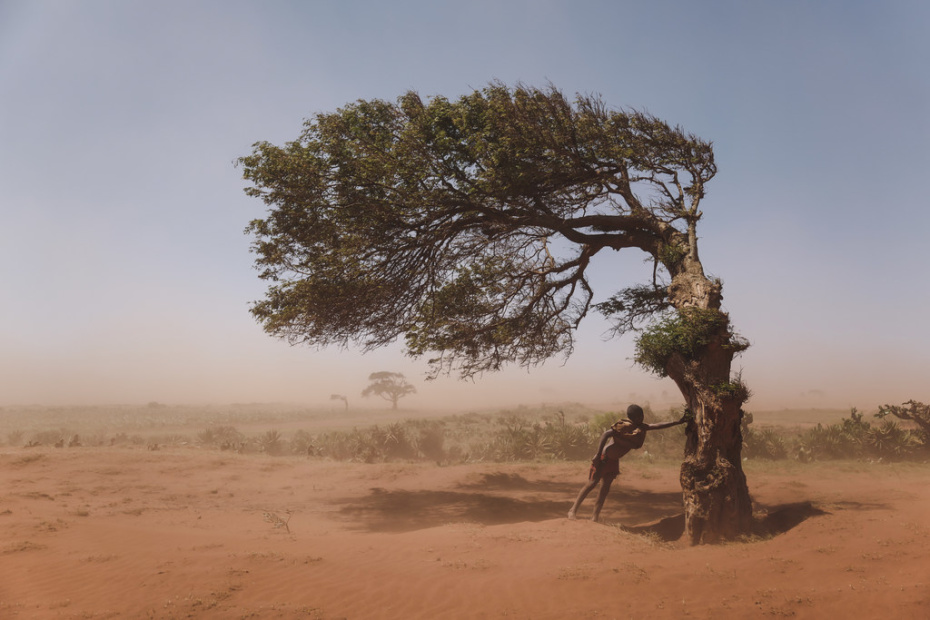 Hazards such as earthquakes, floods, heatwaves, and wildfires, can be prevented from becoming life-threatening disasters, according to the authors of a UN report launched on Wednesday.

From record-breaking heatwaves in British Columbia, to wildfires in the Mediterranean, floods in Nigeria, and droughts in Taiwan; the period between 2021 and 2022 saw record-breaking catastrophic disasters in all corners of the world.

Some 10,000 people lost their lives, and an estimated $280 million was incurred in damages worldwide.

The latest Interconnected Disaster RiskOpens in new windows report, from the UN University Institute for Environment and Human Security (UNU-EHSOpens in new window), finds that many of these disasters shared root causes. At the same time, the study’s authors found that the solutions to preventing or managing them are also closely linked.

“Disasters occurring in completely different parts of the world at first appear disconnected from each other. But when you start analyzing them in more detail it quickly becomes clear that they are caused by the same things, for example greenhouse gas emissions or unsustainable consumption,” said Dr. Zita Sebesvari, lead author and deputy director of UNU-EHS.

To connect the dots, the research team of the Interconnected Disaster Risks report looked “below the surface” of each disaster and identified the drivers that allowed them to occur in the first place.

For instance, deforestation leads to soil erosion, which in turn makes land highly susceptible to hazards such as landslides, drought, and sandstorms.

An even deeper dive shows that the drivers of disasters are formed by shared root causes which are more systemic in nature, such as through economic and political systems.

Deforestation can be traced back to placing economic interests over those of the environment and to unsustainable consumption patterns.

Other common root causes found in the report include inequality of development and livelihood opportunities, human-induced greenhouse gas emissions, and legacies of colonialism. It is root causes like these that can be found in disasters around the globe.

The connections do not stop at root causes and drivers either, but also with who and what is at most risk; vulnerable groups, in both human settlements and natural ecosystems, continue to be the hardest hit by disasters.

However, the solutions are also interconnected, which means that one type of solution can be applied in several contexts to reduce the impact of disasters in different parts of the world. Additionally, there are multiple solutions to address one disaster and they are most powerful when applied in combination with each other.

The “let nature work” solution, for example, draws on the strength of nature to prevent risks and avoid disasters.

Prescribed burning in forests can reduce the risk of mega-fires in the Mediterranean; restoring urban rivers and streams can reduce the impacts of floods like the one that hit New York in the wake of Hurricane Ida; and investing in boosting early warning systems can improve prediction and communication of risks ahead of time.

In three of the events analyzed in the report – the British Columbia Heatwave, the Tonga volcano and tsunami, and Lagos floods, in Nigeria – early warning systems could have reduced fatalities the report finds.

“If we don’t want the disasters which we are currently experiencing to become the new normal, we need to recognize that they are interconnected, as are their solutions,” says lead author Dr. Jack O’Connor.

“We have the right kind of solutions to better prevent and manage hazards, but we need to urgently invest in scaling them up and developing a better understanding of how they can work in combination with each other.”

‘We are all part of the solution’

Not all solutions will be convenient for everyone. The redistribution of resources among generations, countries, and groups of people with different vulnerabilities, or requesting the inclusion of stakeholders who are rarely heard, will mean that some will need to share their resources more broadly than they currently do.

The solutions are not limited to governments, policymakers, or the private sector. They can also be carried out at the individual level, the researchers urge.

“We can let nature work when we give spaces back to it. We can promote sustainable consumption by being mindful of where our food comes from and where we buy it.

“We can work together to prepare our communities in the event of a disaster,” says O’Connor.  “The point is that we, as individuals, are part of a larger collective action, which goes a long way in creating meaningful positive change. We are all part of the solution”.

FG AND REPUBLIC OF CUBA TO COLLABORATE IN VACCINE PRODUCTION.