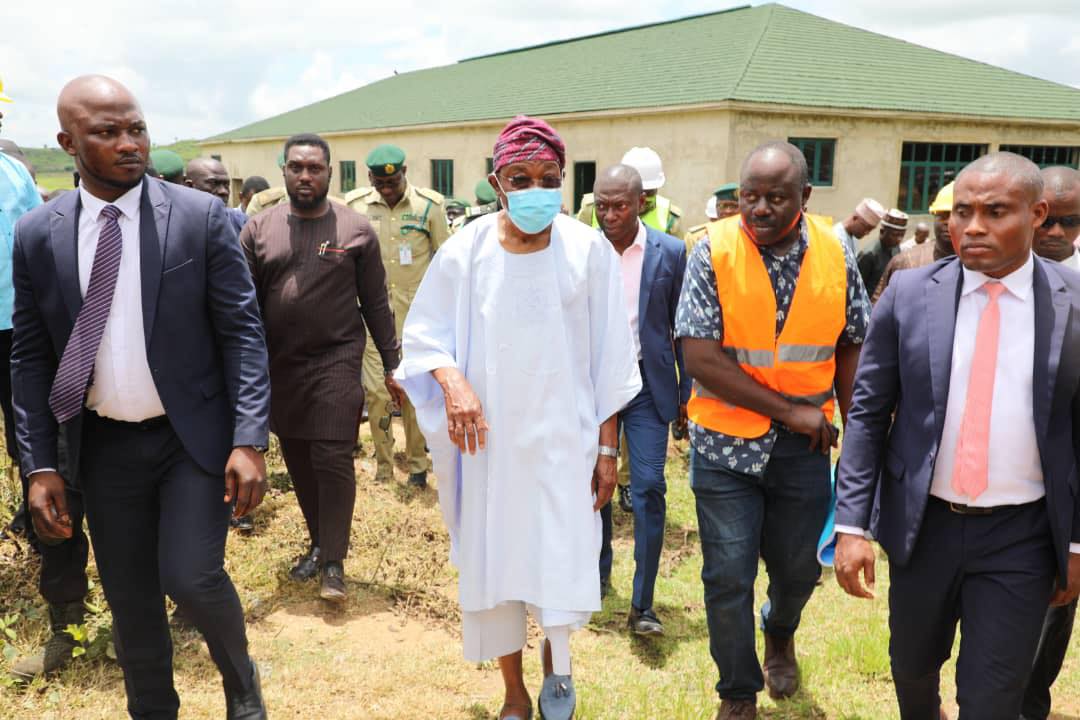 Minister of Interior, Ogbeni Rauf Aregbesola, this morning expressed satisfaction at the level of work done at the project site of the 3,000 capacity Maximum Custodian centre in Karshi, Abuja.

The Minister expressed his satisfaction while fielding questions from journalists at the project site today. He said “When compare with the amount released so far and what was on ground, the contractors have done well”

When asked on when the project would be completed, the Minister said releases from budget usually cannot be relied upon for the completion of the project. He added that special intervention would be sought to complete the project.
Aregbesola, assured that similar projects that are almost completed and ready for commissioning at the end of this year by the President includes that of Kano, Rivers and others.

He, however, said the project consists of special facilities for difficult inmates as well as facilities for inmates with lesser crimes for both male and female.

Aregbesola said the approval of the project was granted in 2017 by President Muhammad Buhari’s Administration.