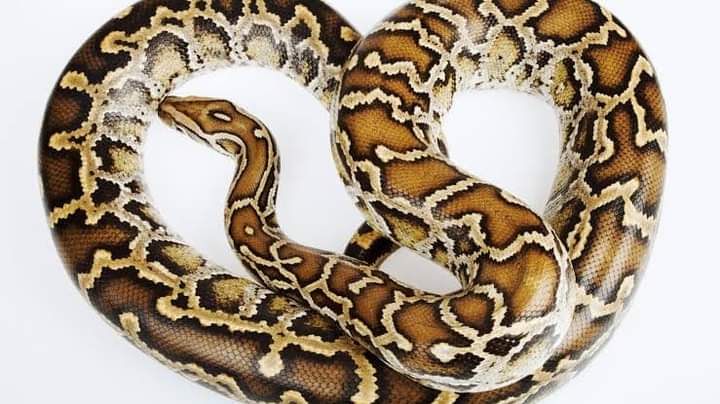 Father’s name is Idemmili. That’s his first name before he became christened Simon. If my brothers decide to branch off from the larger family and change their surname they would choose Idemmili.

That name incidentally is also where we are from. But this story is about the totem of Idemmili, and my sister.

I grew up knowing that a frightful thing as a snake specie could come into the house, and no one would panic. The python is the totem of Idemmili people, no one kills it intentionally. It enjoys privileges, and boy, those privileges, it sure enjoys!

You could open your drum of water in the morning and find one curled at the bottom. You could reach your hand to pick a pot of soup in your kitchen and find one right behind it. You could reach into your stack of palm fruits and one emerges from underneath. Everywhere! I’ve even heard stories of it curling up and placing itself right under someone’s head as she slept, just like a pillow.

In all these instances, there’s no panic, because the people know that it’s not harmful. The bite is not venomous. In the few instances that it is surprised into biting a person, it usually hisses after the bite and the belief is that the hiss shows remorse and takes away the pain.

I never became used to seeing them around, not that they come that often anyway.

My sister became charismatic and after our parents left, has largely been in charge of things. She knows that for our people, the python is to be protected. She does. But she says that they are children of ndi mmil and they are of no good. So she kills them in a way that I disapprove.

If we find these things in the house, long bamboo poles are used to remove them. But you talk and ask that it curls up on the pole you offer. More often than not, it does. You carry it on the pole and take it to a bush away from the house. That’s the practice I met.

Then some people started using kerosene. A cup of the liquid thrown at it gets it to forget its usual gait and run out of the premises. It is said that they shed skin when kerosene or any other from the hydrocarbon family touches them.

My sister burns it, alive. She would not listen to anything else.

The creature tried to get away. There were tongues of flame on its skin for she kept throwing fuel, kept for that purpose. It’s a miracle that the house didn’t burn down with the creature.

It opened it’s mouth wide as if in a scream as it kept writhing and thrashing about. And every time it opened that mouth wide, my aunt who witnessed it alongside me, gave out a cry calling on nne. It did struggle to overcome the flames and it’s imminent death. It did. I was surprised at the length of time it held out.

And then it stretched and froze.