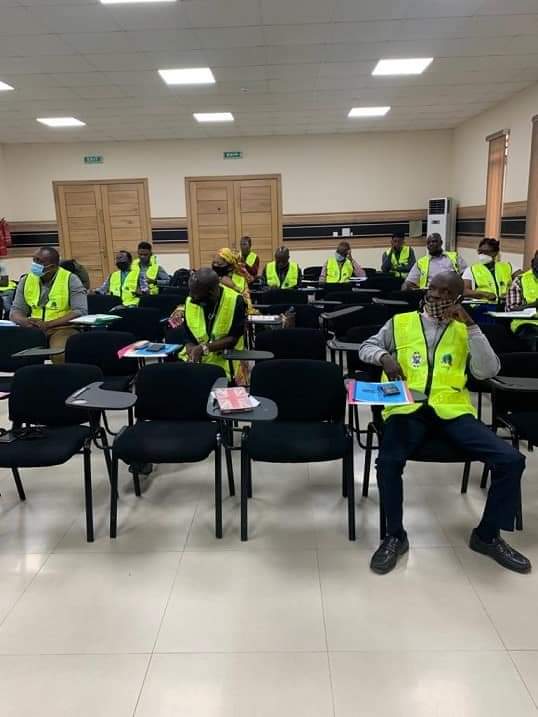 In a bid to curb human error, fatalities and crashes on the roads, Lagos State Drivers’ Institute (LASDRI), has trained 134 Driving School instructors at the just concluded Year 2020 Train-The-Trainer workshop at Alausa, Ikeja.

In her address at the completion of the two-day workshop, which had its maiden edition in 2019, the General Manager, LASDRI, Mrs. Afusat Tiamiyu, stated that the event was organised to update the Driving School Instructors on Traffic Rules and Regulations.

She added that it was also meant to showcase the qualities of a responsible driver, refresh and update the skills of the Driving School instructors operating in Lagos and enhance capacity building in the training of first-line drivers.

The General Manager reiterated that training the driving school instructors is one of the core mandates of LASDRI and the institute will continually work tirelessly to develop various educative training topics that will eradicate carnage and improve safe driving on Lagos roads.

The LASDRI boss emphasised that it has become necessary to address the challenges of increased road traffic crashes and other traffic problems associated with lack of knowledge of the rules and regulations guiding use of the roads.

“The event is also aimed at strengthening the synergy between the State Government and Transport Stakeholders in the Management of Traffic so as to key into the T.H.E.M.E.S agenda of the administration of Governor Babajide Sanwo-Olu”, the General Manager said.

In his remarks, the National President of the Driving School Instructors Association of Nigeria, Mr. Jide Owatunmise commended Lagos State Government for organising such a training platform for their members to brainstorm, appreciating the government’s efforts on transportation and traffic management in the State.

He encouraged members to improve their road culture, develop their driving skills and spend more financial resources on capacity building, saying it would enhance the quality of services rendered to the motoring public.

One of the participants at the event, Mr. Bolaji Abayomi applauded the Lagos State Government for the laudable initiative, noting that the training will increase their wealth of experience and improve capacity to effectively discharge their duties to first-line drivers.