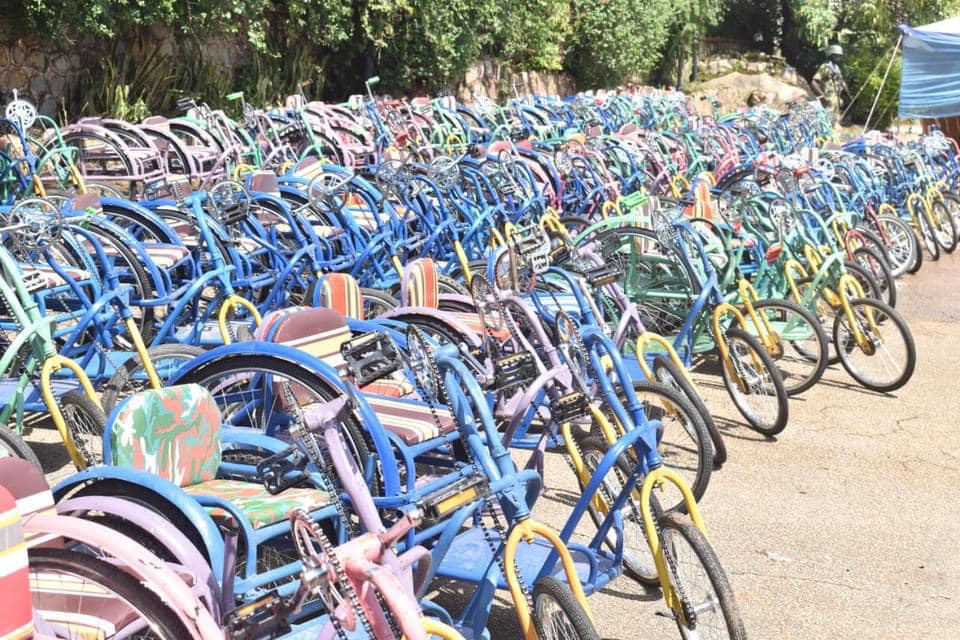 The Commander pointed out that the gesture was to support vulnerable members of the society, especially the handicaps with mobility and increase their participation to peaceful coexistence. He noted that the event was significant to peace building effort towards bringing everybody onboard in ensuring lasting peace is achieved across Operation SAFE HAVEN Joint Operations Area.

While imploring leaders at all levels and civil society organizations to prioritize the wellbeing of persons living with disabilities, General Ali assured that OPSH will continually collaborate with relevant stakeholders towards ensuring that any security challenge threatening the successes recorded recently is tackled headlong.
General Ali thanked the Chief Executive Officer, Beautiful Gate Handicaps Peoples Centre for the overwhelming support to activities of Operation SAFE HAVEN. He urged the beneficiaries of the exercise to make good use of the items donated to improve their living conditions.

In his remarks, the Chief Executive Officer, Beautiful Gate Handicaps Peoples Centre Jos, Barrister Ayuba Burki Gufwan said, the centre was privileged to partner with Operation SAFE HAVEN to reach out to beneficiaries living in the hinterland. He charged the beneficiaries not to be discouraged by their disabilities but to remain determined to conquer disabilities. He further revealed his organisation’s determination to collaborate with the military to reach out to more states.

In their separate remarks, the Director Plateau Peace Building Agency, represented by Alhaji Salis Bashir, the Chairman 26-Man Peace committee, Justice Longi Daniel (Rtd) and representative of Gbong Gwom Jos, thanked Operation SAFE HAVEN for the laudable projec of associating with the physically challenged to benefit from the monumental gesture. They further commended the leadership of Operation SAFE HAVEN for initiating numerous activities and projects aimed at promoting unity among the people.

Speaking on behalf of the beneficiaries, Pastor Gu Gwong Gu, appreciated the uncommon gesture of the Commander that remembered the physically challenged in society. It would be recalled that Major General Ali had earlier distributed 30 tricycles to physically challenged persons selected from 5 Local Government Areas of Southern Kaduna state under Operation SAFE HAVEN Area of Responsibility.
Highlight of the event were presentation of tricycles and food items to the beneficiaries.