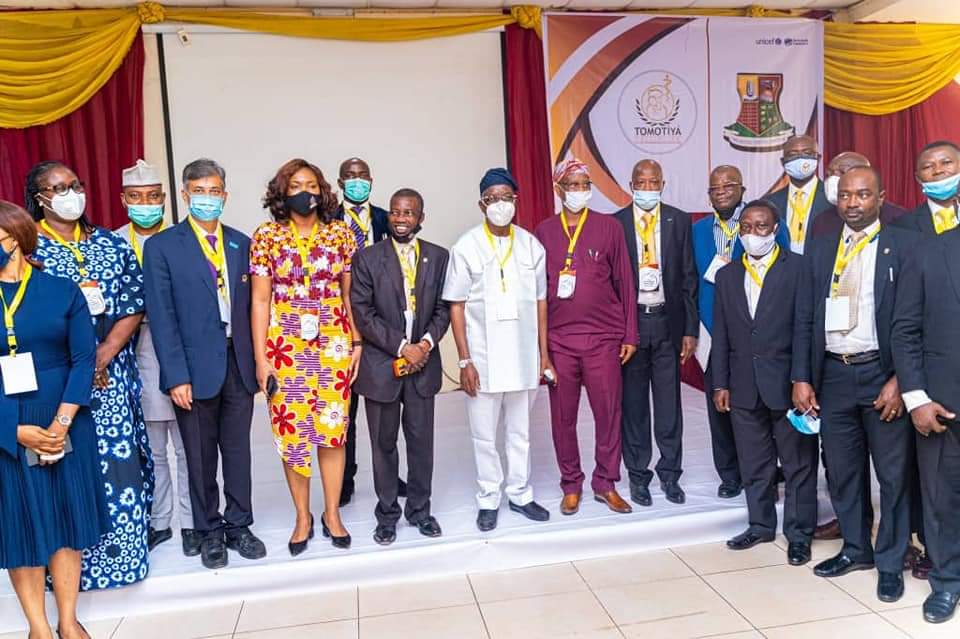 The Government of Oyo State, on Wednesday, launched the ‘T’ỌMỌ T’ÌYÁ Initiative,’ an effort aimed at reducing infant and maternal mortality rate in the state.

The programme, which was inaugurated at the International Conference Centre, University of Ibadan, was equally aimed at improving the quality of reproductive, maternal, neonatal and child healthcare across the state.

According to a statement by the Chief Press Secretary to Governor Makinde, Mr. Taiwo Adisa, following the launch of the initiative, the number of births by skilled birth in the state will increase by 30 per cent while the healthcare facility utilization in the state will also rise to 60 per cent.

While inaugurating the steering and technical working committees, the governor stated that the committees will oversee all the reproductive, maternal, newborn and Child health (RMNCH) programmes in the state, while giving insights into the direction things should go.

He assured that the state, through the initiative, will meet the Sustainable Development Goals (SDG) Number Three, which targets improving maternal health.

He said: “It is this project that we are here today to inaugurate – the T’ỌMỌ T’ÌYÁ Initiative. As the name suggests, the initiative is for the mother and child. It is one key way through which we will be meeting the Sustainable Development Goals (SDG) number three, which targets improving maternal health.

“Our plan is to ensure that qualitative Maternal and Child Healthcare services are offered at minimal cost. This will enable us to meet the objectives of this initiative.

“We are aware that in 2023, when this administration will be winding down, there will be another NDHS report. When that report comes out, we would like to see drastic reductions in these negative indices. Our goal is to reduce maternal mortality by 30 per cent and reduce neonatal, infant and child mortality by 20 per cent in Oyo State.

“To achieve this, by the grace of God and with the dedication, hard work and commitment of everyone involved in this project, we aim to increase the number of births by skilled birth attendants in the state by 30 per cent while also increasing the health care facility utilization in the state to 60 per cent.”

The governor added that the state will begin a pilot testing of some of the programmes under the initiative, noting that the state will advocate the meeting of the World Health Organisation recommendation of four or more antenatal care visits during pregnancy.

“So, we hope to start piloting some of the programmes under this initiative in the shortest possible time. One of the important things we will be advocating is meeting the WHO recommendation of four or more antenatal care visits during pregnancy.

“The statistics show that when pregnant women are able to make at least four visits, the major complications that account for nearly 75 per cent of all maternal deaths are prevented.”

Governor Makinde, therefore, lauded the implementing partners for accepting to be members of the T’ỌMỌ T’ÌYÁ Initiative, saying:

“As you embark on your deliberations to provide a blueprint on how we are to achieve these objectives, I must especially thank the implementing partners for accepting to be members of this important initiative. I pray that your source of ideas never runs dry as you think up creative ways of getting us off that list of worsts,” the governor said.

Speaking earlier, the Commissioner for Health, Dr. Bashir Bello, said the initiative is meant to ensure the welfare of the women before, during and after birth, particularly the new life they are bringing forth.

He added that the present administration in the state is committed to improving the health sector and changing the undesirable indices recorded in the National Child Health.

The Commissioner further hinted that the government will work towards seeing that every pregnant woman is insured with the support of local governments.

He said: “It is our belief that every pregnant woman, henceforth, will not only be insured but will also be given the necessary attention. With our authenticated preparation of the delivery, we are sure of what we are going to deliver. The very best attention we give to such a neonate will determine what is going to become of his or her future life.”

Also speaking, the Special Adviser to Governor Makinde on Health, Dr. Funmi Salami, said the T’ỌMỌ T’ÌYÁ Initiative will contribute to a healthier and more prosperous society, as healthy babies grow into healthy adults who thrive and can contribute to their communities and society.

She stated that the mission of the initiative is to facilitate a consultative process among all stakeholders to identify priority areas and identify clear strategic directions for Reproductive, Maternal, Newborn and Child Health (RMNCH).

The event had the Chief of Staff to the Governor, Chief Bisi Ilaka; Commissioner for Information, Culture and Tourism, Dr. Wasiu Olatunbosun; chairman, Hospital Management Board, Dr. Gbola Adetunji; Special Adviser to the Governor on Media, Mr. Jide Ajani; Representative of UNICEF, Tushar Ranee; Representative of WHO, Dr. Marcus Oluwadare and a host of others in attendance.

Youths In Their Hundreds Join The #EndSARS Movement In Awka