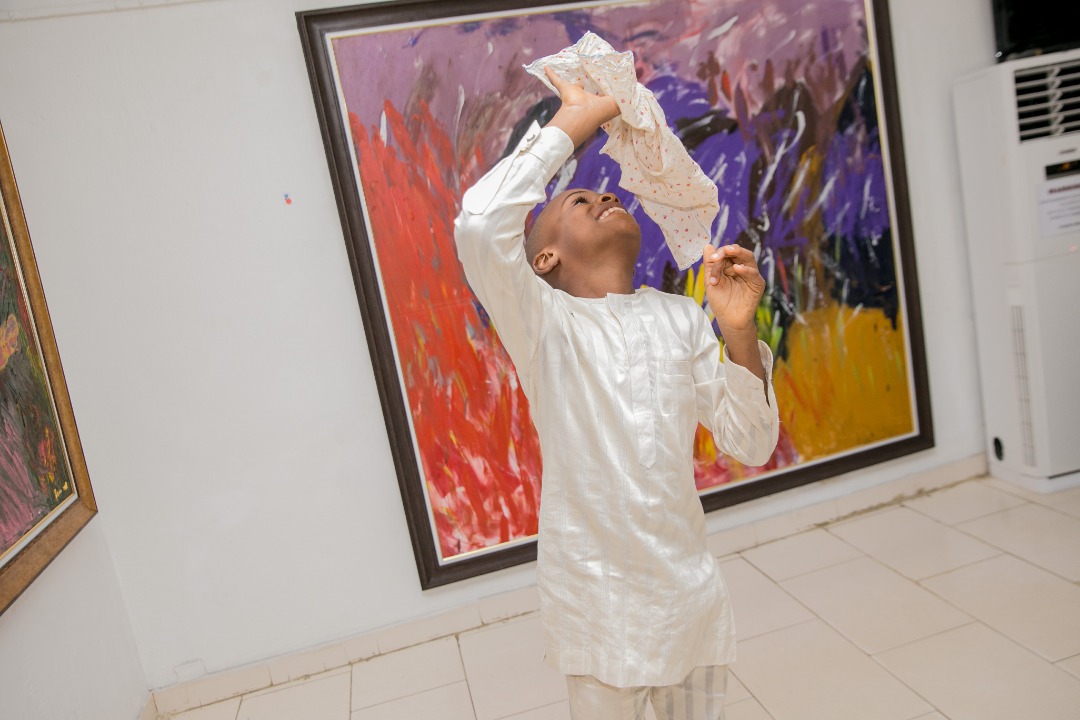 “For every child prodigy that you know about, at least 50 potential ones have burned out before you even heard about them”, Itzhak Perlman. This exclusive club of prodigies is where Kanye Tagbo Okeke stays. A child prodigy from the Eastern Part of Nigeria showcasing his artistic dexterity to the world.

Like a sphinx going against all odds that are thrown on him, Kanye Tagbo Okeke, known in the art world as “Young Picasso” has consistently shown, demonstrated and brought to the fore the saying that “Art is Life”, bringing to bare his high level of creativity. Nurtured by parents, Sylvia Tagbo Okeke and Tagbo Okeke, Kanye as he is fondly called has made abstract painting a thing that is well appreciated in the Nigerian art circle, not only that, he has shown world-class artist.

Coming from a state noted for giving the world fine artist, Kanye originally from the Tagbo families of Amichi, Nnewi South LGA of Anambra State. A state that has produced finest art legends in Africa starting from Chinua Achebe, Chimammanda and a host of others, the way it is now, Kanye will be mentioned in future when those that have put Anambra state in the global map of art.

Born with autism, Kanye has over the years under the watchful guidance of his parents shown that children with autism can be very beneficial to the society. Kanye is a testament that autism can be managed and not seen as a spiritual warfare in a country highly religious and superstitious like Nigeria. He has brought awareness to the plight of people living with autism. Kanye has over the years showcased and exhibited in many art exhibitions and galleries all over the world and today, his work stands tall at the headquarters of the UNICEF and the Nigeria House Nigeria Consulate both in  New York, a testament to the gift in him.

With so many awards and global recognitions such as Flame of Peace at Vienna Austria, and others both home and overseas. Many art lovers have commended his works and have given him a nod.

“This is a young man who has produced wonderful works, notwithstanding what seems like a disability, and he has shown that with good nurturing and support, any child can make it. I am really happy that he is sharing his talent to the world. We must know that special children like this must be guided and Kanye’s parents have done a wonderful work in this aspect”,The Nigerian Permanent Representative to the United Nations (UN), Prof Muhammed Tijani -Bande who joined the President of UNICEF to receive the artist and his entourage said

He is one of the youngest honorees of the Flame of Peace Award in Creative Arts and fellow of the Association of Professional Creative Artists of Nigeria, Kanye has continued to shine as an outstanding abstract artiste as he was acknowledged in Casablanca Morocco where his art works were displayed alongside those of other notable young African and Moroccan artistes.

PANTAMI ADVOCATES RESEARCH AND DEVELOPMENT AMONG SECURITY INSTITUTIONS, ENCOURAGES THE USE OF 5G AS A TOOL FOR ENHANCING SECURITY