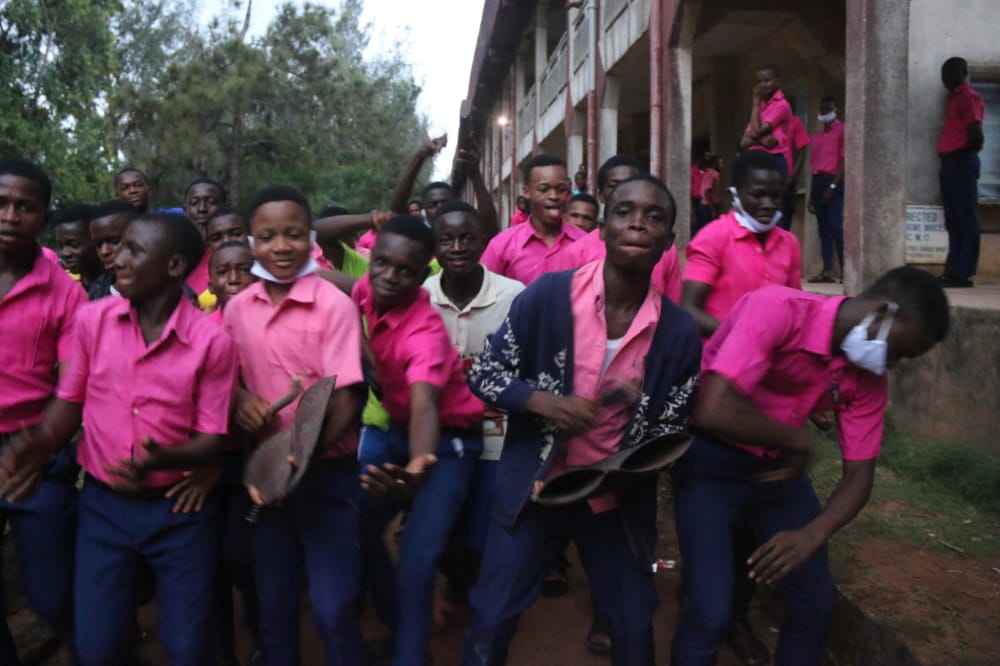 The Prestigious St Peter’s Seminary Okigwe, Imo State an educational institution known for raising top notch citizens and priest inclusive, established in the 1980s. The school has grown in leaps and bounds having produced notable people in the society from well known Catholic Priest that are practicing their vocation around the world, from Vatican to Germany and also produced technocrats and businessmen.

The school recently buried their foremost Rector who died at a prime age. The Old Boys Association used the opportunity to bid the Rector (Fr. Ilonu) a befitting farewell. A true testament of the impact the late priest has made in their lives.

The association also used that opportunity to give back to the school that made them buy building a befitting chapel for the students. A project worth million, they Old Boys spared nothing in ensuring that the students have a nice place of worship.

With words of encouragement coming from the Old Boys Association, the students of the school where in high morale and ecstatic knowing that they have role models. The home coming was a very successful one, with many of the members making pledges on how they will give back to the school that made them.

SANWO-OLU VISITS, SYMPATHISES WITH T.B. JOSHUA FAMILY, HIS DEATH WAS NOT A SUPRISE TO ME – WIFE