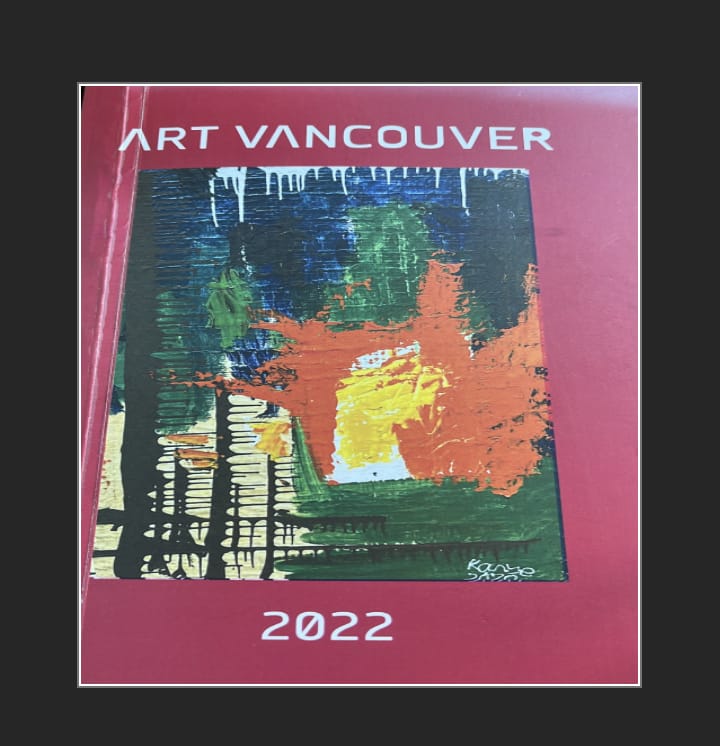 The 12-year-old Nigerian child prodigy Kanyeyachukwu Tagbo – Okeke recently held his first exhibition at Vancouver Canada at the prestigious Vancouver Convention Centre. Kanye has over time exhibited in many countries of the world and recently, Canada.

Art Vancouver is one of the biggest art shows in Canada and Kanyeyachukwu made history by being the youngest at the exhibition and one of the few from Africa to showcase his works.

Kanye has over the years put Nigerian in the art world, especially in abstract painting. Kanye art works has been a part of his project in contributing and bringing spotlight to autism and plight of children with autistic challenge.

According to the organisers of Art Vancouver “We were so thrilled to showcase Kanyeyachuku Tagbo-Okeke’s works at Art Vancouver 2022. The young creative artist defies the odds daily as a kid living with Autism, and as a contemporary Abstract Artist Extraordinaire, Kanye defines Autism; it doesn’t define him”.

Founded in 2015 by non-profit Vancouver Visual Art Foundation (VVAF) Art Vancouver was established by an accomplished artist and curator, Lisa Wolfin with a group of dedicated volunteers. They have the vision of being the premier destination and event that bring global awareness to visual arts. Art Vancouver is an international art fair held annually in a world-class location at the Vancouver Convention Centre West, where Kanye Exhibited at Hall A.

On discovering the creativity of Kanye at a young age, the parents Mr and Mrs Tagbo Okeke said ” we noticed Kanye scribble a lot when he was attending Cradle to Crayon in 2011 but it started manifesting well when he was in pre K at the American International School Abuja and then attended Oakland International School around 2016 before he was moved to Aduvie Primary school in 2019. It was in these institutions that various interventions were given to him to help him to focus. He graduated from Aduvie primary school in July 2022 and started Aduvie secondary school just this September. These schools have made a great impact in his life. This with Zeebah Foundation and OLG Autism Foundation. They help in his therapy and very instrumental to his creativity.

With his solo booth dedicated to his works, there was a spotlight on one of his paintings known as expression of harmony which highlighted his works and contribution to autism. Kanye has over the years shown how kids with autism can make impact in life and contribute to artwork. With this milestone, Kanye work was used as a cover-page for the Art Vancouver catalogue. This has made Kanye’s work to be a feat being the youngest to have been featured.

Apart from Canada, Kanye over the years has been able to showcase and exhibit his works in various part of the word such as Vienna, Austria, New York, United States, Morocco, and now Canada, with so many awards and recognition from various organisations such as United Nations (UN) and others. Kanye has successfully brought awareness to the challenges of autism in Nigeria. Many of the proceeds that come from these art works are being donated to Kanyeyachukwu Autism Foundation, a foundation that solely cater for autistic children from care to education and social support.

MASTERCARD AND CELLULANT PARTNER TO EMPOWER MILLIONS ACROSS AFRICA !!!

Staying safe on TikTok: how to avoid being scammed or hacked

NATIONAL PRAYER CONFERENCE: NIGERIANS ENCOURAGE TO LOOK UP TO GOD FOR PEACEFUL ELECTIONS BY FULL PARTICIPATION