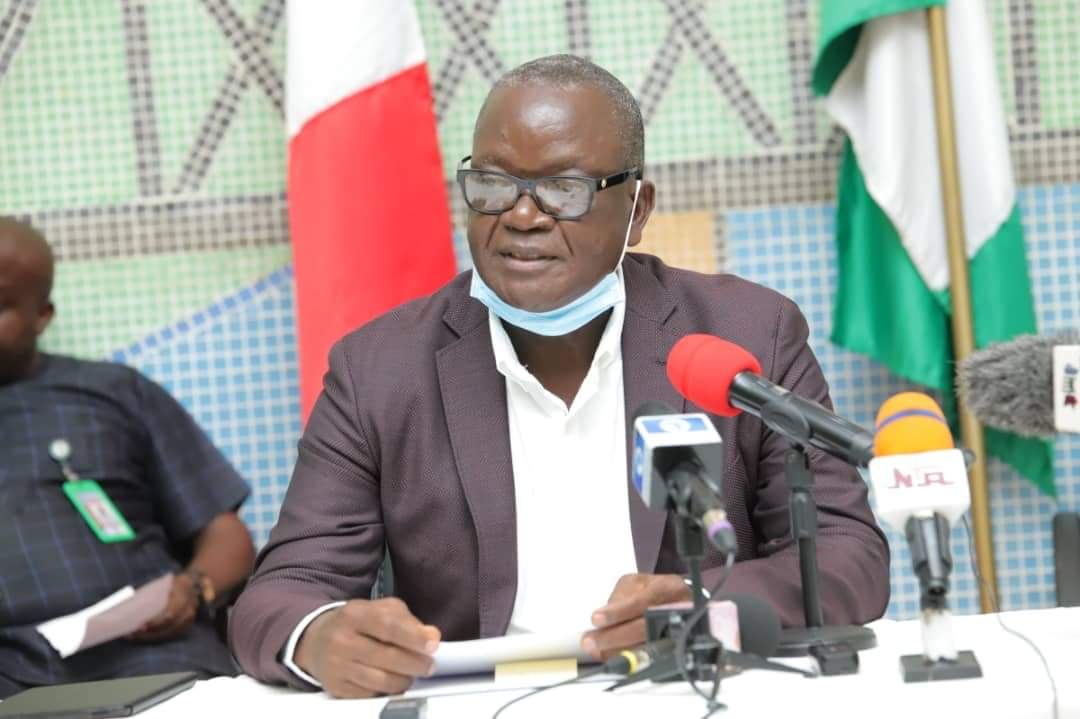 Benue State Governor, Samuel Ortom today swore in an eight-member Judicial Panel of Inquiry into Human Rights Violations by the Police especially the Special Anti-Robbery Squad (SARS) in the State.

The Governor while performing the ceremony at the New Banquet Hall of the Benue Peoples House Makurdi, said the constitution and swearing-in of the panel followed the resolution of the National Economic Council at its 108th meeting in Abuja recently.

He stated that the resolution was one of the measures taken to address complaints raised by the END SARS Protests across the country, stressing that the protests had challenged all leaders to rise and demonstrate sincerity and commitment in tackling the nation’s challenges.

“The protests have therefore provided us leaders with the opportunity to correct decades of illegalities and injustices meted on the people. It is against this background that we are today carrying out this very important state function of inaugurating the Judicial Panel of Inquiry”, the Governor stated.

The panel’s terms of reference include to receive and investigate complaints of Police brutality, human rights violations or related extra-judicial killings, recommend compensation and other remedial measures where appropriate.

Governor Ortom said the panel which is headed by a retired Chief Judge of the State, Justice Adam Onum, has six months to complete its assignment and urged members to justify the confidence reposed in them.

He noted that in line with the resolutions of the National Economic Council, Benue State would soon set up the Special Security and Human Rights Committee to monitor activities of the Special or Tactical units to be established by the Nigeria Police Force.

Retired Justice Adam Onum on behalf of other members, thanked the Governor for the trust to carry out the task and pledged commitment and fair hearing to all parties.

Yemi Osibanjo: I stand with Lagos & all other affected states in these trying times

WHY KASHIFU IS BUILDING OVER 80 DIGITAL CENTRES AND DEEPENING CAPACITY IN THE ICT ECOSYSTEM!