Home News SOME PASTORS HAVE CONCLUDED ARRANGEMENTS TO BLACKMAIL ME FOR EXPOSING THEIR TRICKS... 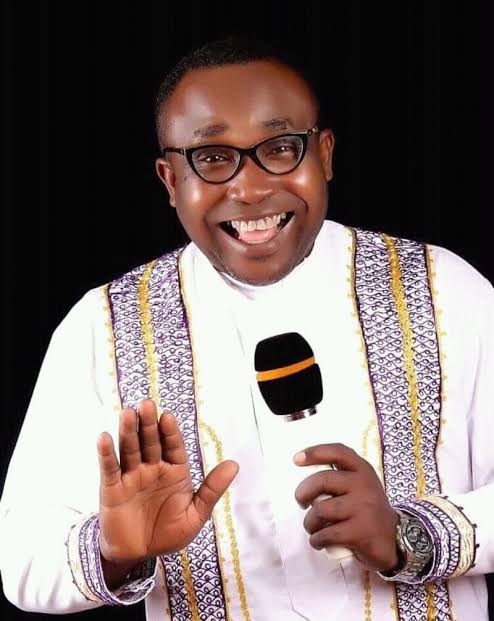 Lately, the Christendom especially in Nigeria has been under scrutiny. Many true men of God have risen up to speak against the monetization and commercialization of the gospel of Our Lord Jesus Christ. A lot of “pastors” have used the name of Christ and Christianity to fleece people their hard-earned money under different mode such as seed, offerings etc. having seen this, a true man of God, Ephriam Ononye, the General Overseer of Ephraim Ononye Ministry Worldwide has risen up and condemn these obnoxious acts many of these false prophets do. And they have come out to fight him from spiritual warfare to the physical warfare, this is to show how desperate these some of these called men of God can be.
Speaking to the media, Pastor Ephraim said” all these things are all happening because they want to get me down. They have done everything to ensure that I am down but God being with me has been vindicating me”

“I am a preacher and I have been in the ministry for twenty-four years; I have seen God do wonders and I must say, prophecy is real and miracle are real. But I find it hard why people are trying to blackmail me for exposing their tricks. They are bringing bad name to the Christian faith. How can you extort people in the name of prophecy and miracle and this ha made people weak to go to church and this is because they have been extorted, duped and distorted? “

He added “Because of their experience, people do not go to church these days. God mandated me to expose their tricks and this is what I have been doing in media for years. They have ganged up to silence me using blackmail and whatever. Their plans are to bring up cases that will make people see me as a devil and people would no longer listen to me. Their tools are rape case, murder case etc. they planted a young lady and made her confess that I raped her and the police invited me and found me innocent.”

He also opined that “They insisted that I should be charged to court and they are ganging up seriously and though, in their midst they have the Judas and this their Judas is the one giving me this information. They want to soil my name and they know that I do not have case but that is not their concern but that of media circulation. This is their concern. This is to show how desperate people are. I am using this medium to let the world know their plan.”

“I call on the general public to take over this investigation because I will always be available to assist the investigation. God gave us the grace to serve him and He never demanded money from any of us. I wonder why these people or pastors are asking money and deceiving people with fake and stage-managed miracles and prophesies and my work is to keep letting the world to know the truth. That is my mandate”, Pastor Ephraim concluded.

79% of Nigerian parents do not track their children’s location

Obiano’s Convoy was not Attacked.