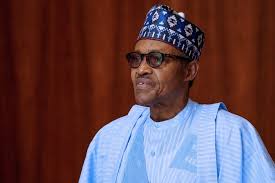 With the spate of insecurities in the country especially the gruesome killings of the rice farmers few days ago by the terrorists in the Northern region of the country, President Buhaari has condemned the killings in its entirety.

Speaking via his social media , Buhari opined that “Nothing is more important than ensuring the security of lives and property of Nigerians. Everything is secondary when security is at stake. I will ensure that more resources are made available to the military and other security agencies to prosecute the war against terrorism.”

“As we mourn all the lives lost in Zabarmari, the Armed Forces have been given the marching order to take the fight to the insurgents, not on a one-off, but on a continuous basis, until we root out the terrorists”, Buhari added.

“As I noted earlier, the massacre by Boko Haram in Zabarmari is nothing short of senseless, barbaric, gruesome and cowardly. It reinforces our resolve to root out all forms of insurgency and insecurity not just in Borno but everywhere across Nigeria”, Buhari concluded.

A laptop and a sea view. What’s behind the semigration trend?

NITDA ENGAGES STAKEHOLDERS AT THE GRASSROOT