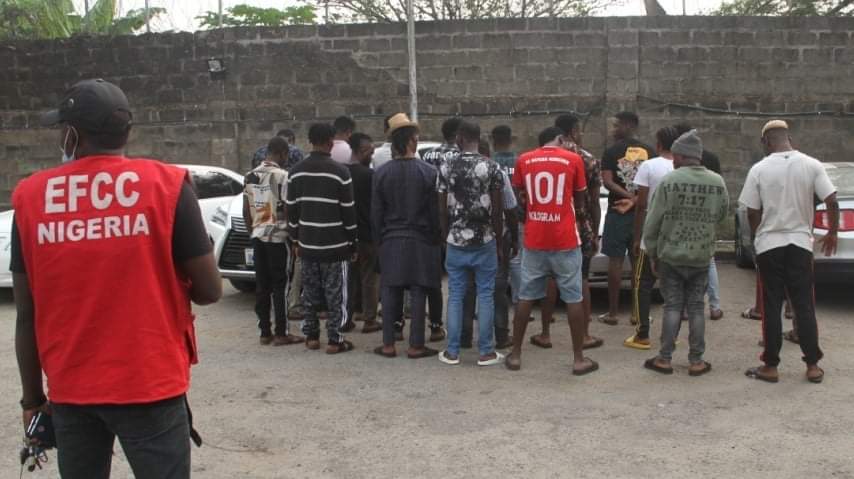 Operatives of the Economic and Financial Crimes Commission, EFCC, Lagos Zonal Office, have arrested 21 persons for their alleged involvement in computer-related fraud.

The suspects, who are members of an organized cybercrime syndicate, were arrested on Wednesday, December 30, 2020 during an early morning operation at Roxbury Leisure Homes Phase 2, Lekki-Epe Expressway, Ikota, Lagos, following credible intelligence received by the Commission about their alleged criminal activities.

Investigations revealed that the suspects had allegedly been defrauding unsuspecting members of the public of their hard-earned money before their arrest.

Items recovered from the suspects at the point of arrest are 12 vehicles, mobile phones and laptop computers.

They will be charged to court as soon as investigations are concluded.

Funmi Omo Advises The Youth on The Need To Be Focused