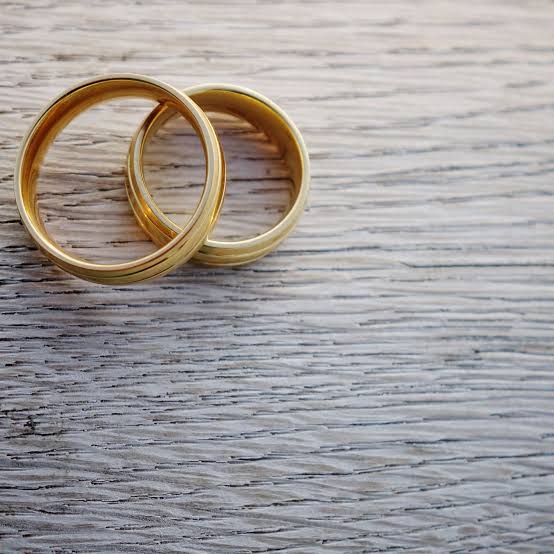 You know as the year is about to end many spinsters and single ladies would deride marriage, would talk down on married people just to vent their anger out. In social media , you would see a lot of young people talking about marriage,possitively or negatively but the Nigerian feminists as toxic as majority of them would be would say is maarriage am achievement, yet in their closet they sulk,cry and lamment over their loneliness forgetting to look inwards and ask if they are Get doing it right

I saw in a comment somewhere, a girl below the age of 22yrs saying that “Marriage isn’t an achievement” but at that age, what does that girl even know? Her married parents are seeing her through the university and from her other comments, it’s very clear she is not born again. She is a member. Free and socialising like us. But unlike us, she and her likes value mere fornications with men who don’t even have to consider them for marriage since they don’t give a damn about marriage. Their men must be lucky. No commitment whatsoever. I envy them seriously.

Anyway marriage is an achievement to me as an Igbo. It is a noble idea. It is mandatory. It makes completion possible.

I think that girl is from Middle Belt or southern kaduna. Can you imagine the risk?

Such mindset should not even be found amongst a people on the verge of extinction. But I already know that many Christianised girls in naija , Igbo girls inclusive, like being rebellious for the wrong reasons because, of gross ignorance.

This mindset perhaps is a contributing factor to what marriage has become in every westernised society.

What do we see today? Men and women raised in Arab society or civilization are taking over… They are migrating into Nigeria in droves, Europe and America.

“Nature abhors vacuum”, they say. A youthful people with iberiberious mentality that discourages procreation will go extinct and other serious people will take over their land and properties, even with violence.

Such girls who mouth that rubbish will definitely become single mothers because humans who refuse to embrace good logic usually end up making avoidable plans, mistakes and decisions. If they are unlucky to find their desired suitor or if they outrightly decide to stay unmarried, they are likely to suffer double of their deserved life’s unavoidable problem except if they are from a rich background, filled with caring relatives.

Of course this is naija. Not Europe. Not America. You reap what you sow in this part of the world. Welfare, where it exits in naija, is for other people who are impoverished and not for single girls with unwanted pregnancy.

Marriage, from traditional school of thought, is primarily for procreation. Other benefits are mere “jara” 😉
Imagine when polygamy is involved as in the case Arabs or those who embraced their religion….

Most single mothers who #outrightly refused to get married usually have one or two Kids and if their children decide to be like their mother, they may have just 1 each as that is expected in their own time or era and their own children may decide not to have any child at all in their own time as we expect further social changes.

So that’s how they will disappear from the surface of the earth.

It starts with, “I won’t even marry until I am out of school and with something doing” to “Marriage is not an achievement” and finally to “my bloodline is not worth preserving, I deserve to go into extinction” and so they go into extinction.

Last week I saw an old fb friend.
She used to promote such iberiberious thoughts. But I was surprised to see that she’s already married and even added her husband’s full name to her FB name.
For example, let’s say I married her and that her name Used to be Obianuju Ezenwa before she got married to me, she is now obianuju Ezenwa Obinna-Nwobi Obinwannem.

Meaning, she now has double identifiers. She proudly belongs to her husband and I wonder what her fans would be saying now 😂
I am sure her husband must be much prouder and more responsible now because having a wife is a glorious achievement.

What an interesting sociocultural phenomenon 😂

Extension of Registration Period and Cancellation of USSD and Verification Fees

Plight of Nigerians Begging in Abroad

I AM NOT MAKING UP TO IMPRESS ANY MAN…. NKECHI BIANZE