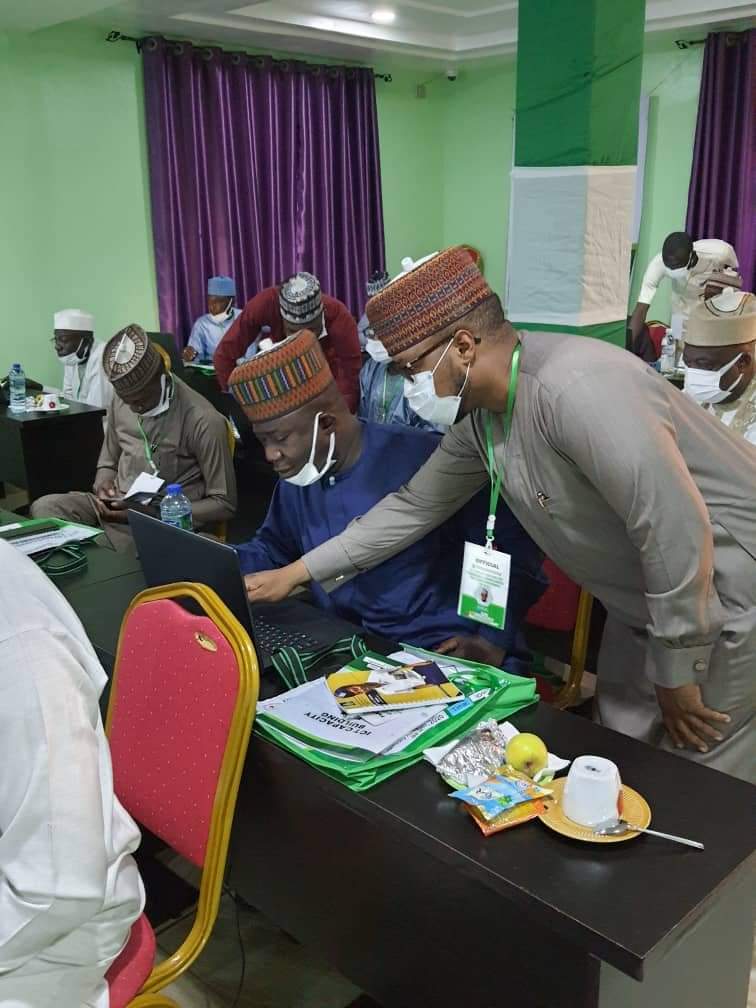 Consequently, Governor Abubakar Atiku Bagudu has approved the imparting of digital skills to all categories of government operatives, from messengers to the top echelon.

Kebbi State Government was strategizing on the actualisation of an e -governance Schedule to be rolled out in 2021.

The Commissuoner for Information and Communication Technology (ICT), Hon. Abdullahi Magoro stated these while flagging off the training in Birnin Kebbi on Monday.

He said that, this is in line with the state government e- governance plan and other ICT tools that could bolster effective service delivary.

According to the Commissioner, already an ICT Capacity Building Workshop was in progress starting with Commissioners, Permanent Secretaries, Special Advisers,as well as Heads of Parastatals, Commissions and Agencies before moving on to other staff and key stakeholders of society.

He said that, Governor Atiku Bagudu has directed the Ministry, as a matter of necessity, to make digital skills available and accessible to everybody .

” It is his conviction that, kebbi state must align itself with the digital world, which is highly essential, for improved productivity in government businesses and enhanced economic prosperity,” .

” This is the first time such training is being carried out and this is because, Governor Abubakar Atiku Bagudu has identified some gaps as far as ICT skills are concerned.

‘ He has given his support to this training to ensure that everyone in government, from the top of the ladder down, is empowered with digital skills, to enable the state move forward,” he averred .

Magoro further explained that, the training was aimed at giving the citizens access to infornation about the various Ministries , Departnents and Agencies, especially on the services they are providing .

Speaking at the Workshop, the Commissioner for Lands and Housing, Abubakar Sadiq Yelwa, who was also a participant, commended Bagudu for such incisive initiative aimed at facilitating the routine conduct of government affairs.

He used the opportunity to caution users of Internet, especially youths, to be wary of fake news and avoid creating such news, but, ” to use digital technology for human progress and societal well-being.”

The Ministry of Information, Communication, Technology ( ICT), led by Magoro,organized the 4-Day Workshop.

It had in attendance Kebbi State Deputy Governor, retired Colonel Samaila Yombe Dabai, other top government functionaries, including the Special Adviser on Media to the Governor, Yahaya Sarki.

GOVERNOR OF ONDO STATE, ARAKUNRIN OLUWAROTIMI ODUNAYO AKEREDOLU, SAN ON THE OCCASION OF THE SIGNING OF THE YEAR 2021 APPROPRIATION BILL INTO LAW