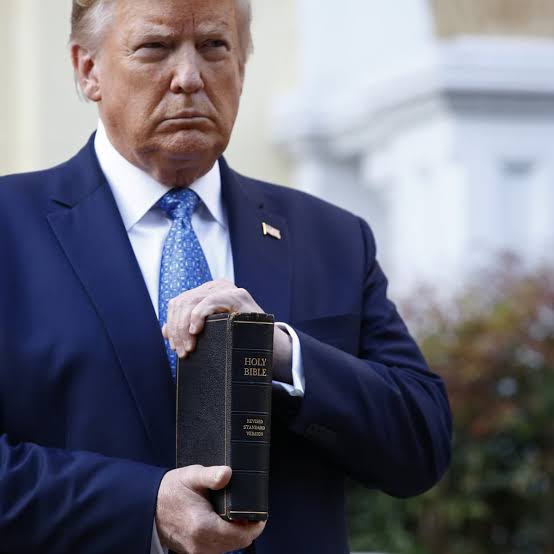 One of the most unfaithful allies I know is ignorance. It shames and exposes its host and it doesn’t matter if it is a political conversation as America Politics.

Ignorance always finds the ignorant out.

It is amazing that in 2020, Christians still hold the believe that Christianity is a movement that thrives on political power.

This position is alien to scriptures and history isn’t kind to it.

“And with great power gave the apostles witness of the resurrection of the Lord Jesus: and great grace was upon them all.”

The Christian needs just one power to witness the faith: The power found in the resurrection.

This power is found in the resurrection.

The saint is the proof of God’s resurrection. And he witnesses the resurrection with the power of it – not political.

Our Christianity isn’t a movement of man that will be susceptible to the will of the people, its manipulations and permutations. It’s God’s own movement (He moved in the raising up of Christ from the dead).

The propagation of our Faith isn’t tied to the White House but our witnessing of the same, Trump or Biden.

When you submit passionately that Trump’s win is a win for Christianity, you are just being passionately ignorant. Which Christianity? The one that turned the world upside down declaring Jesus as King before Trump was ever born?

Acts 17:6-7
[6]And when they found them not, they drew Jason and certain brethren unto the rulers of the city, crying, These that have turned the world upside down are come hither also;

[7]Whom Jason hath received: and these all do contrary to the decrees of Caesar, saying that there is another king, one Jesus.

Harping on Christianity as being at the mercy of earthly kingdom is conformity to the world. It’s at best, ignorance. At its worst, carnality.

The Gospel thrives on God’s power. Not man’s. Not Trump’s. Not Biden.

Christianity is only threatened when we don’t preach. C’est finis.

Christianity is not about not being gay.
It’s not being angry with abortion or not supporting legislation for it.
It’s not chanting Jesus that you don’t know.

It’s believing in the Lordship of Jesus.
It’s God’s mighty legislation that a man who has put his Faith in Christ would not perish.
It’s God’s judgement of the world through your faith in Jesus or not.

The lazy Christian needs the strength of Legislation to profess his Faith.
The devoted one just needs the resurrection.

There are no facts anywhere that more people became Christians because of Trump’s presidency.

If anyone became saved in these last four years, it’s because another Christian preached to the person or Trump must have preached, not because he’s just president.

You can politically read it as:

Romans 1:16
[16]For I am not ashamed of Donald Trump: for heis the power of God unto salvation to every one that believeth; to the Americans first, and also to the World.

Or you could read it biblically as:

Romans 1:16
[16]For I am not ashamed of the gospel of Christ: for it is the power of God unto salvation to every one that believeth; to the Jew first, and also to the Greek.

I stand with God. I read it biblically.

PS: This is not anti-Trump or pro-Biden. It’s not pro-Trump or anti-Biden. I’m only making a case for the power of God forever!

THERE IS NEED FOR COLLABORATION AMONG GOVT ESTABLISHMENTS — DG NITDA

PANTAMI IN THE EYES OF THE PUBLIC: VILLAIN OR HERO (PART 1)

Did We All Create The Killer Chidinma ? Emeka Nwosu

PRESIDENCY STATEMENT ON THE RECENT SUCCESSES OF SECURITY AND INTELLIGENCE AGENCIES