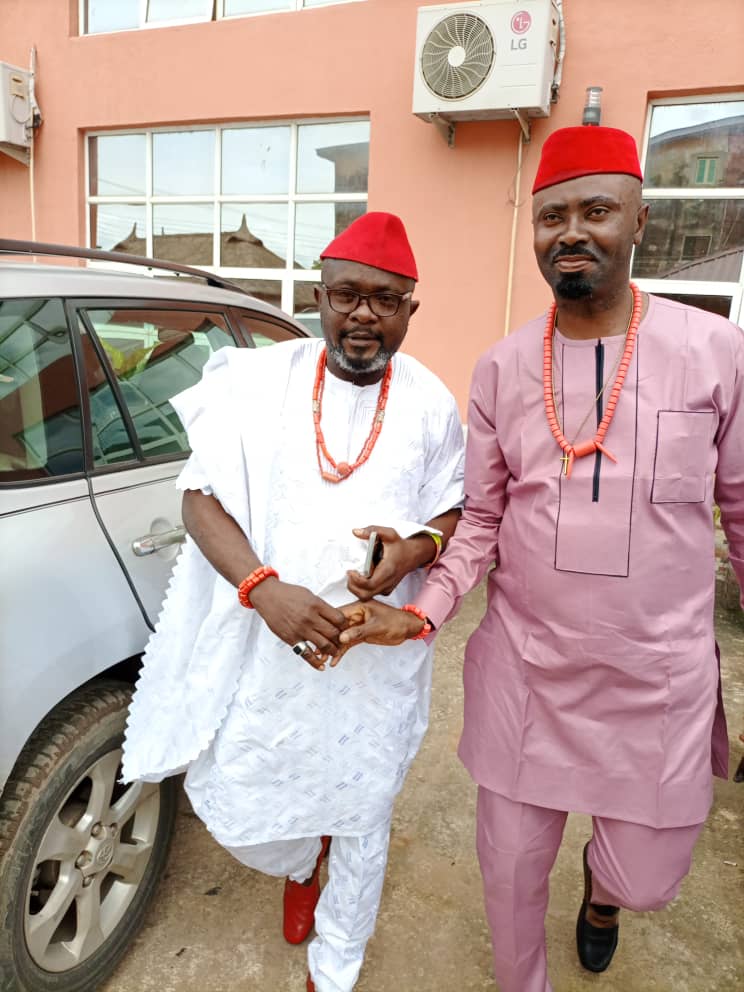 The New Yam Festival the traditional culture of Igbo land was showcased on Sunday at Amen Centre, Abesan Lagos. The event which is designed to bring the igbo community together withing Abesan, Ipaja, Command, Ayobo and Shagari Estate was a huge success.

Though the maiden or the first edition, the event brought dignitaries such as the Mosan/Okunola LCDA chairperson, Eze Igbo , President General Ohaneze ndi Igbo Lagos and so many others.

Speaking during the occasion, the Chairman of Ohaneze ndi Igbo (Abesan Chapter ) Moses Nwokoro said “we believe that igbo culture shouldn’t die, we are using this opportunity to tell our children born outside igbo land what is applicable in igbo cultural setting so that they would be in tune with the cultural realities. Also we want to ensure that the language is spoken by the children . “

” Not only doing the New Yam festival, the Ohaneze Abesan Chapter can be described as more of interventionist group rather than cultural group. We intervene when are member is either in distress, trouble or harrassed. We pull resources to ensure that issues like that is sorted out. We have assisted people in accomodations challanges, medical problems or even harassment from the touts which is a daily occurrence in some parts of Lagos”, Nwokoro added.

The chairman used the opportunity to ask the igbo community who are not yet a card carrying members should endeavor to be part of the association so that they can enjoy thee benefits.

The new yam festival is away of thanking good for bountiful harvest for the year and as an association which is made up of christians majorly, they thanked God .

Many members were pleased with the outing. Speaking on this, Jude Agada, a guest said “we are very excited about this and we hope that this continues. This is the first time we have this in this area and I commend the chairman.”

Speaking in line with Jude ,Emeka Ndukwu,the secretary of the Ohaneze Abesan Chapter added”it hasn’t been easy planning this,we just had few weeks to plan this due to restriction imposed on Covid 19 which is good for our safety. We thank those that graced the occasion and those that contributed also.

Onyekachi Egwim, an executive remarked that “it is a thing of joy that we had a turn out and it’s a pure demonstration of Igbo community commitment in seeing that the Igbo culture survives. Here, we strongly believe in “Nwanne di Na Mba. All igbo are one be it from any state or political region. We also thank those that came , we appreciate the contributions and donations. “

Moses Nwokoro, the current chairman of Ohaneze Abesan Chapter, though less than a year in office can be described as energetic and focused president, poised to bring innovations and development to the association which is in line with the Secretariat at Enugu State. He believes in the concept of anything worth doing , is worth doing well and the first New yam festival is a testament to his leadership and team work abilities.

“we believe that igbo culture shouldn’t die, we are using this opportunity to tell our children born outside igbo land what is applicable in igbo cultural setting so that they would be in tune with the cultural realities. Also we want to ensure that the language is spoken by the children . “

A Better Urban Future Is Within Our Reach – Fashola