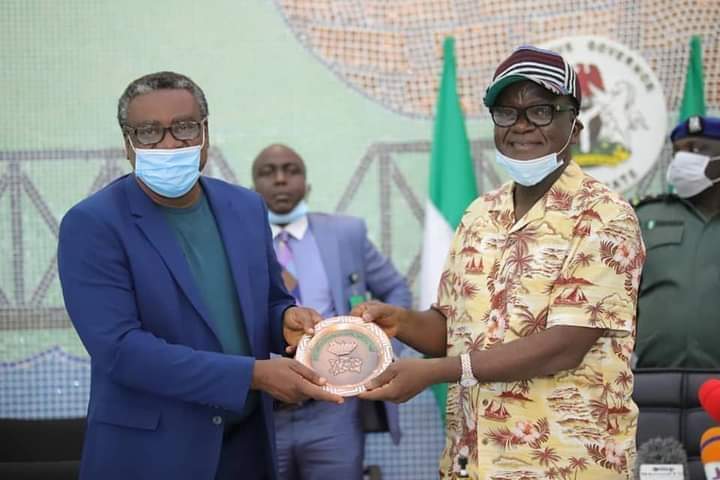 He announced this today at the Benue Peoples House Makurdi during a courtesy call on him by members of the National Association of Yam Farmers, Processors and Marketers.

Governor Ortom said government had began negotiations with members of the community at Agan in Makurdi local government area for acquisition of about 500 hectares of land for establishment of the market which would have state of the art facilities.

Governor Ortom urged the agriculture commissioner with his Trade and Investment counterpart to liaise with the Association’s President to look into requests and proposals they had brought for consideration.

The Governor pledged his administration’s readiness to support the association to carry out its activities, saying he was impressed by the National president’s struggles over the years to succeed despite challenges.

Professor Irtwange called on the state government to support private sector investment in production of cartons for yam export packaging as there was no such facility in North Central Nigeria.

He also appealed for the optimisation of the Zaki Biam International Yam Market in addition to other logistics support to facilitate activities and programmes of the Association.

No substitute for grassroots Development – Minister

Collaboration is key to the safety of Nigeria’s cyberspace – CyberDome

Get your workspace post-Covid ready

A laptop and a sea view. What’s behind the semigration trend?