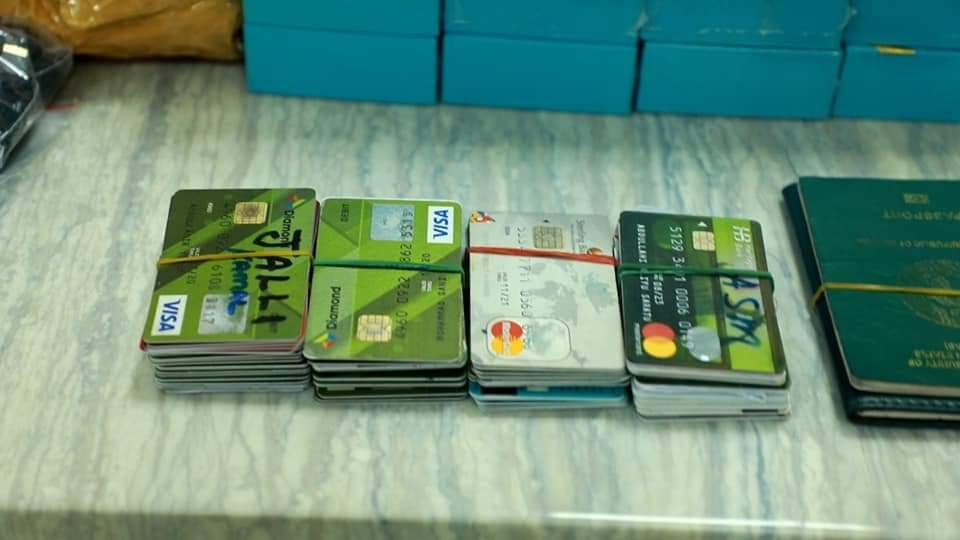 The suspects – Sadiq Abubakar and Abdulsalam Umar arrived Nigeria from Dubai on board Ethiopian airline on Wednesday.

While handing over the suspects to officials of the EFCC, the Customs Area Controller, FCT Command, Comptroller Patience Burromvyat mni. said the suspects were arrested while conducting routine examination of goods at the International wing of the Nnamdi Azikiwe International Airport, Abuja.

The suspects have since been handed over to officials of the EFCC at the FCT Area Command of Customs for further investigation.