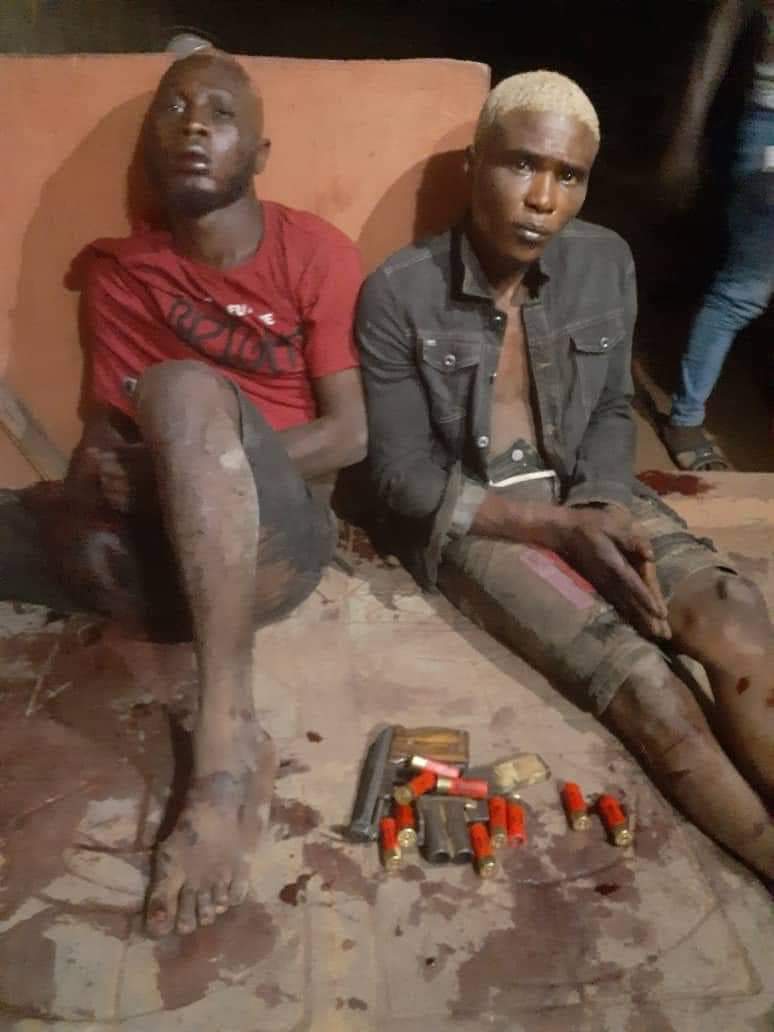 On the 27/2/2021 at about 5:30pm, following a distress call that armed robbers were operating along Nkpor/Obosi axis, Police operatives attached to the Command Special Anti-cult unit in conjunction with Scorpion vigilante group,Obosi quickly responded and moved to the scene. On sighting the police,the hoodlums engaged them in a fierce gun battle, as a result,the two suspects sustained gunshot injuries on their hand and leg leading to their arrest as follows,

Suspects equally confessed to be members of a secret cult group called “Supreme Vikings Confraternity”. Exhibits recovered in their possessions include Two Locally made pistols and 10 live cartridges. Suspects were taken to the hospital for treatment after which they will be charged to court for prosecution.

Meanwhile,the Commissioner of Police CP Monday Bala Kuryas,fsi thanked “Ndi Anambra” for their cooperation and urged them to sustain the tempo by assisting the Command with actionable intelligence in order to discover authors of crime in the State.The CP further reassure the public that the command under his watch will continue to protect lives and properties of all the citizens in accordance with internationally acceptable best practises.

I AM NOT MAKING UP TO IMPRESS ANY MAN.... NKECHI BIANZE

Ranching: Oyo Govt not deviating from provisions of its anti-grazing law