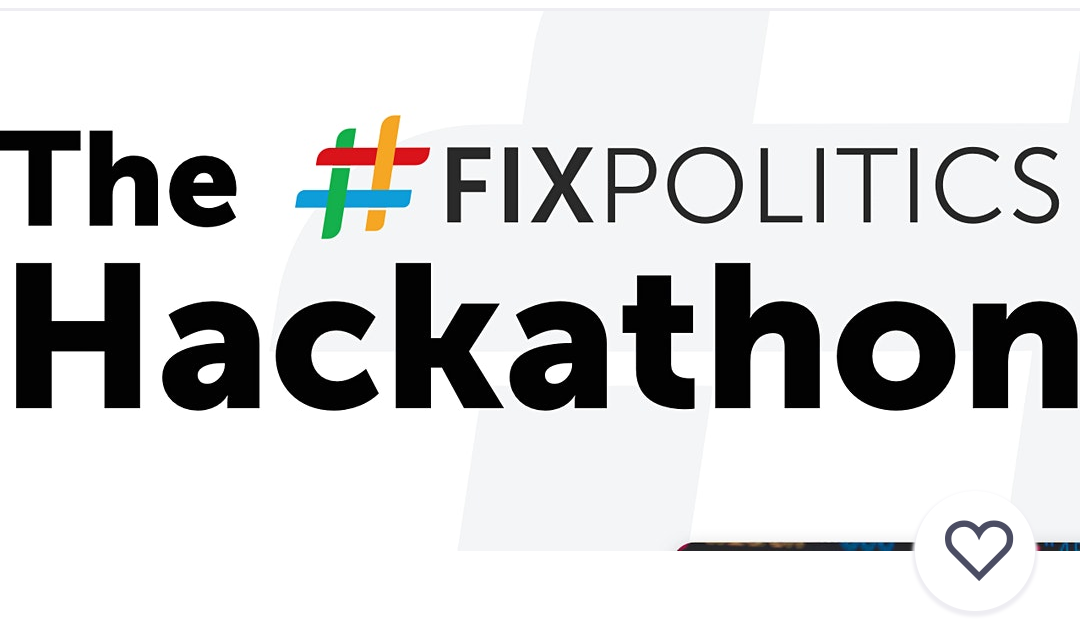 FixPolitics is set to host a hackathon event to bring together a network of data enthusiasts, developers and product designers who would be dedicated to the development of a platform that delivers voters’ information hub, community sensitisation and political accountability.

According to the group, the event, ‘#FixPolitics Hackathon’, will be held on December 12, 2020 at the Co-creation Hub/Virtual Connection. Participants are to register via the link: bit.ly/fixpoliticshack.

“The aim of the event is to revolutionise the interest of Nigerians towards participating in the country’s electoral process,” a statement issued by its Publicist and Spokesperson, Mr. Ozioma Ubabukoh, read.

The statement pointed out that the hackathon was informed by the need to expand voters’ participation in the electoral process and leverage technology to sustain momentum for community engagement.

“Apathy has become a potent weapon to ‘foist’ unpopular candidates on Nigerians and citizens who do not have the requisite information to organise for different outcomes.

“We want to use this hackathon to find meaning to three things – voting process, office of the citizen awareness and candidate selection, which remain key to strengthening the country’s politics,” the statement read.

FixPolitics explained it had observed with interest that the voting process had been “bastardised” to the extent that the complexity of voter registration and other challenges had made it difficult for voters to easily possess voter’s cards, find polling units and vote during elections

It said, at the #FixPolitics Hackathon, issues on developing a resource hub (including leveraging existing platforms) for voters, which provides candidate information; past performance of incumbents; polling stations; allocations to their communities; and other data required to make informed electoral decision will be addressed.

The Co-founder of Future Africa, Iyinoluwa Aboyeji, said the hackathon would also be used to address issues surrounding the office of the citizen, which also has not progressed politically, as voters do not understand the power they have as citizens to effect meaningful change.

According to him, #FixPolitics has identified that four stakeholders who can provide information to candidates on the ‘Office of The Citizen’.

“These include: Advocates (general populace who would like to be involved and encourage people to vote within their sphere of influence); Community Organisers (#FP volunteers/recruits who can help inform people); Community Leaders (existing leaders in communities); and Partners (existing organised groups/organisations in a society which cut across socio-economic classes, e.g. NBA, NSE, WIMBIZ, NURTW, Students Unions etc.),” Aboyeji added.

The Co-founder and Chief Executive Officer of budgIT, Mr. Seun Onigbinde, shared Aboyeji’s views and stated, “This is an opportunity for young Nigerians to pitch their skills for civic purpose. We want to build on the recent momentum for accountable governance and active citizenry.”

SECLOT VET: CHANGING THE WAY WE DO ADDRESS VERIFICATION IN NIGERIA