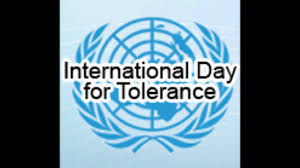 The Lagos State Government has joined the rest of the world to celebrate the Y2020 World International Day for Tolerance, just as it used the occasion to extol the brotherly disposition of Lagosians and their altruistic spirit even in the face of unfavourable conditions.

Speaking at an event organised to mark the Day, the State Commissioner for Home Affairs, Prince Anofiu Olanrewaju Elegushi, said that the celebration is quite significant considering recent developments across the country and the world at large.

He maintained that since the beginning of the year, the act of tolerating and respecting each other’s views have been the unifying force amongst people all over the world.

Elegushi specifically acknowledged the comradery of some residents during the lockdown period, especially in reaching out to others, saying that “Lagosians are sympathetic and are quick to display brotherliness and love when the need arises”.

According to him, “The State Government observed with a high sense of pride, how Lagos residents rose in unity against the outbreak of COVID-19 and partnered with government in the area of support and donations as exhibited by well-meaning citizens and corporate organisations in providing succour to residents during and after the lockdown period”.

“During this period, Lagosians displayed a high sense of humanity whereby everyone looked out for the well-being and welfare of one another. This is love in demonstration and it’s the essence of this gathering today”, he added.

The Commissioner asserted that human beings are built up with different views, cultures, beliefs and leanings, adding that there will be some level of disagreement which could easily be surmounted if each other’s opinions as well as cultural and religious beliefs are respected.

He maintained that Lagos State plays host to millions of people and brought prosperity to Nigerians from different parts of the world, making tolerance an indispensable hallmark for all residents of the State.

Elegushi averred that while the lockdown and economic restriction lasted, Lagos residents demonstrated a high level of tolerance and endurance by complying with the rules as stipulated by the Federal and State governments, despite the fact that it was a novel occurrence.

He admonished Lagosians not to relent in supporting the efforts of the government as the battle against this dreaded virus is sustained, assuring that the administration of Governor Babajide Olusola Sanwo-Olu is leaving no stone unturned in ensuring that the goals and gains of the T.H.E.M.E.S. Agenda are vigorously pursued and delivered for the good and benefit of all and sundry.

The Chairman, Lagos State House of Assembly Committee on Home Affairs, Mr. David Setonji, in his goodwill message said that the issue of tolerance is very germane considering what Lagos is known for.

While stressing that the level of tolerance of the city of Lagos makes it a home for all ethnic groups in the country to live harmoniously, Setonji reminded Lagosians about the need to continue to tolerate one another.

The Permanent Secretary, Public Service Office, Mr. Samson Ajibade, commended the Ministry of Home Affairs for bringing discussions on tolerance to the fore at this crucial time.

He posited that the strength of Lagos State is in its level of tolerance, hence the size of the State’s economy is now compared with that of several countries on the African continent.

The representatives of both Christian and Muslim communities in the State expressed the belief that the mild effect of the deadly virus in Nigeria was a reflection of God’s love for the country. They noted that although the position of the government on religious gatherings during the wake of the COVID-19 was discomforting for religious bodies, churches and mosques still obeyed the government as a show of tolerance.

J.J. RAWLINGS: WE SHALL MEET IN VALHALLA