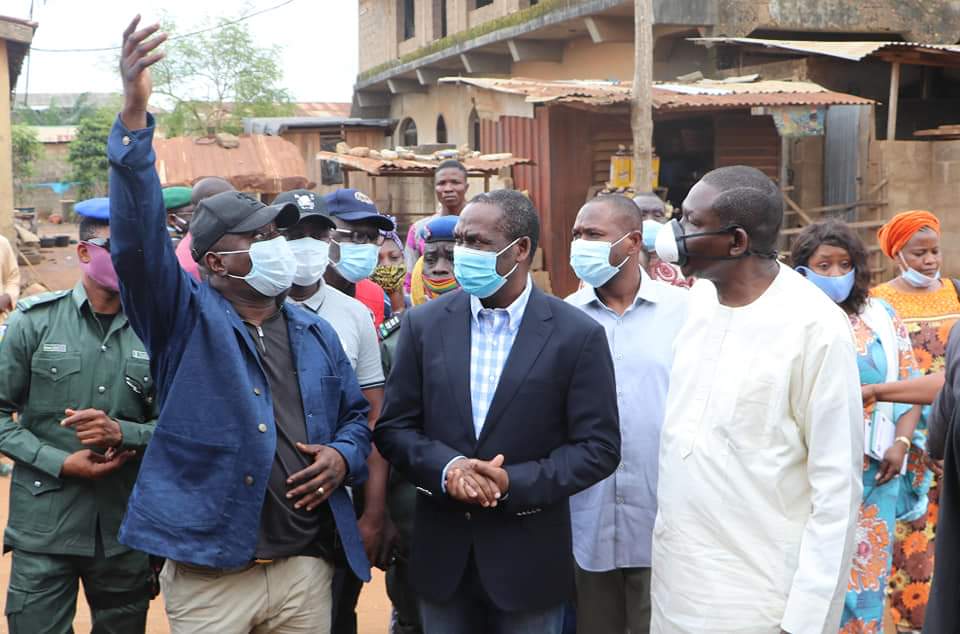 Lagos State Deputy Governor, Dr. Kadri Obafemi Hamzat has called on business owners and entrepreneurs in the State to always be responsible and mindful of the safety of others while siting their businesses to prevent loss of lives and property.

The Deputy Governor gave the charge during his visit to the site of the Baruwa Gas Explosion for on-the-spot assessment of the incident that occurred in the State on Thursday.

Hamzat, accompanied on the visit by the Commissioner for Special Duties and Intergovernmental Relations, Engr. Tayo Bamgbose-Martins and the Director-General, Lagos State Emergency ManagementAgency, Dr. Femi Oke-Osanyintolu, said the State government would not tolerate any form of carelessness, which could jeopardise the health and safety of the people.

He said, “We are not saying that people should not do business but you must not do it to the detriment of other people. It is okay to have a business but you cannot do that at the risk of people’s lives”.

While describing the incident as very sad and unfortunate, the Deputy Governor disclosed that the government will ensure those in the hospital get the best treatment, just as he commiserated with the families of the deceased.

He said the administration will leave no stone unturned in its efforts at getting to the root cause of the explosion, adding that anyone who violates protocol in siting gas stations will be prosecuted.

“There are protocols to be followed in doing things. As a government we have to make sure that those protocols are followed and in cases where the protocols are not followed, people are prosecuted to the full extent of the law in order to serve as an example”, Hamzat said.

PROF OSIBANJO AND FOLA TALK ON THE DEATH OF AYO FASANMI