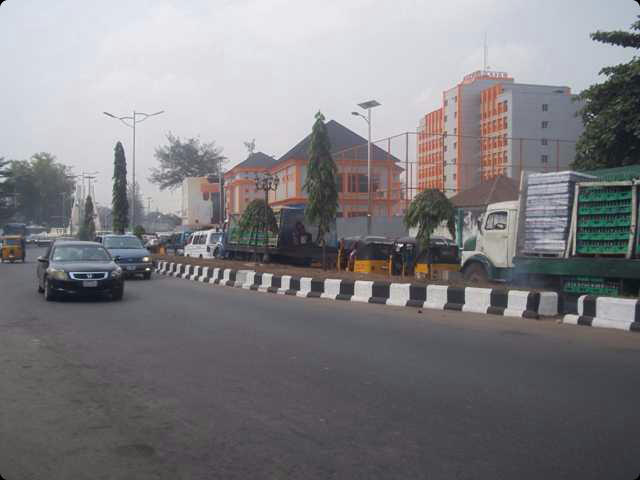 Governor of Imo State, Senator Hope Uzodimma has flagged-off work on the Owerri urban renewal that will involve the reconstruction of major roundabouts believed to be responsible for intractable traffic jam in the metropolis.

Addressing the crowd that came to witness the flag-off of the work at different locations in the state capital, Governor Uzodimma said that the effect of traffic in Owerri has made it difficult for people to move from one part of Owerri to another and that “this has made the ease of doing business very difficult.”

He said: “The difficulty in ease of doing business has made cost of living to go very high and in turn affected the cost of goods and services in the market and shops in the metropolis, compelling people living in the urban area to live an artificial expensive life compared to their counterparts in other State capitals.”

The Governor went further to say that “the poor state of the roundabouts was grossly responsible for the traffic jam which has brought stress and contributed to illegal task-forces that capitalized on the opportunities to extort Imolites living in Owerri.”

He emphasized that “all over the world it has been discovered that the state capitals are given priority since they serve as a sign post of how the entire state looks like from the point of view of a first time visitor.”

Governor Uzodimma said that as a responsible government, he will make Owerri look good and beautiful again befitting a State capital.

The Governor added that to achieve that dream, his Shared Prosperity government has engaged the services of Planet Project Limited, a reputable Company that specializes in handling construction of quality roundabouts in all parts of Nigeria and beyond.

He announced that the Company will deliver on the projects within six months.

The Governor appealed to Imo people, especially those living around the roundabouts, and the entire people of Owerri Metropolis, to cooperate and assist the contractors in their little ways to ensure speedy realization of the projects on record time.

On his part, the Chief Executive Officer/Managing Director of Planet Project Limited, Engr. Biodun Otunola thanked the Governor and his team for finding them worthy of the job and pledged their commitment at ensuring prompt delivery of quality project within six months as agreed.