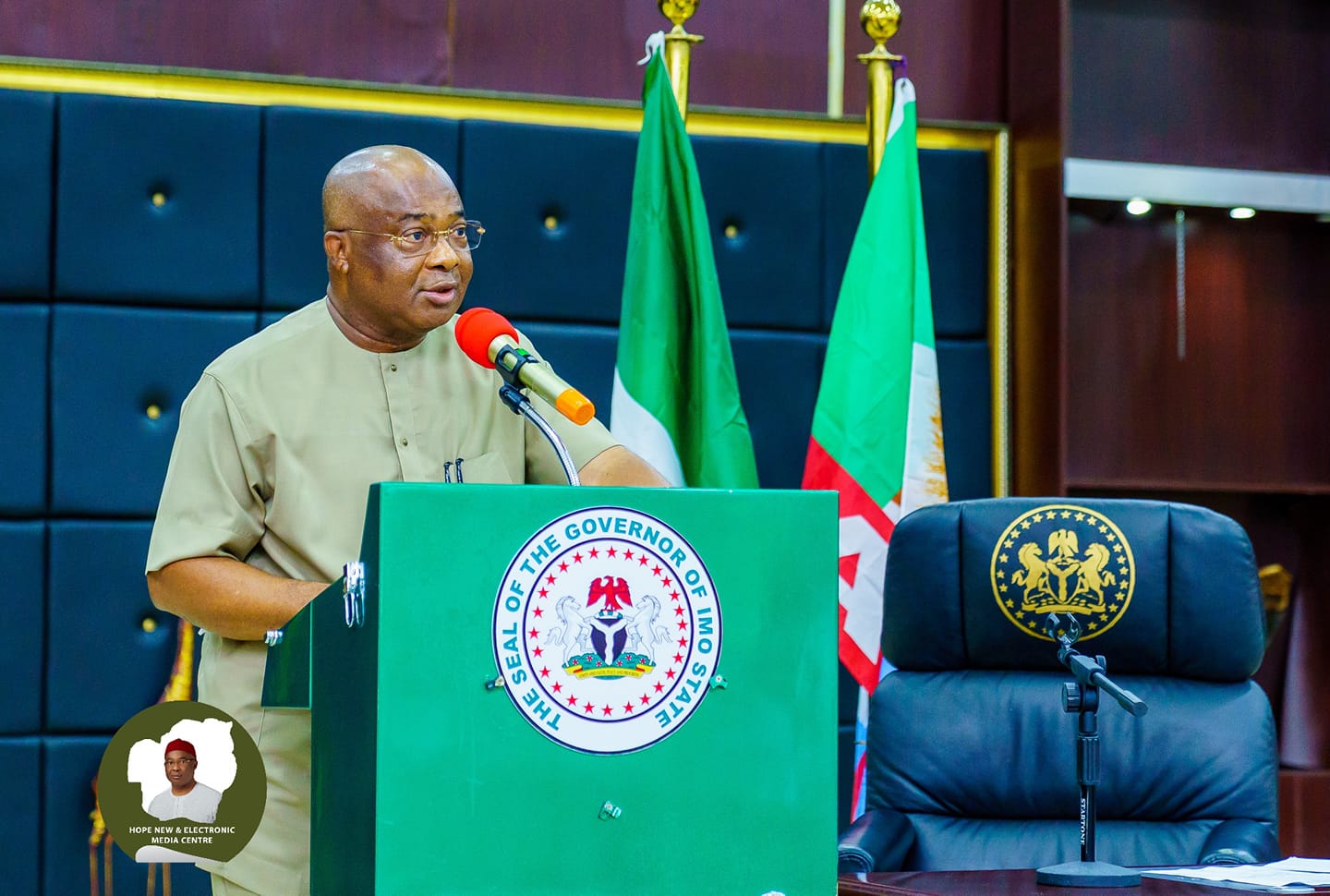 The Government had advised Microfinance banks to approach the central bank of Nigeria to become digitally compliant to recieve online transfers to their customers.

Governor Uzodimma promised that compliance by the Microfinance banks will ensure an immediate payment of all Civil servants that are customers of such banks.

In less than 48 hours compliance by the Nwannegadi Microfinance bank, all Civil servants banking with them have been fully paid.

This action has put to bay concerns by Microfinance banks that the enterprise payroll system will plunge their banks into bad debts as they can now recover their loans seamlessly from their customers.

Also all former customers of the bank who had migrated to commercial banks has been returning to the Nwannegadi platform in the case they are owing the bank.

This move by Governor Hope Uzodimma is in line with keeping to his promise that any Microfinance bank that migrates to a digital platform will be paid immediately.

This move will also strengthen Microfinance banks in the State and as institutions of banking will help them recover their loans and further stimulate the local economy.

The Governor made it clear that he will not be blackmailed, pressured or cajoled into doing the wrong thing. He insisted that digital signature and digital payment footprint has come to stay in Imo State.

Gov. Uzodimma maintained that their salaries where never missing or diverted but as a Government he is firm in his resolve that this is the future of Governance and the elimination of fraud in the Civil service payroll system.

The Governor therefore advised other Microfinance banks in the state to follow suite, as that will not only ensure that they keep their customers but as well don’t run into bad debts and they will become stronger financial institutions.

It is instructive to note that the Government is mindful of the loss that could be incured by Microfinance banks if all their customers migrate to commercial banks and the effect of this on the local economy. To this end, the government will begin to share Advisory to banks that have Civil servants indebted on the payment status of those Civil servants monthly to ensure that they go after their debtors easily.

Had the banks and all concerned taken the Government serious since April when it asked them to submit their necessary digital footprints and data, the enterpise system would have been done and dusted.

That not withstanding the Government of shared prosperity led by Senator Hope Uzodimma is committed to puttkng in plcae a better civil service structure in the state. One that has respect for the rule of law and good governance.

Joe Biden Will Do The Job… Barack Obama