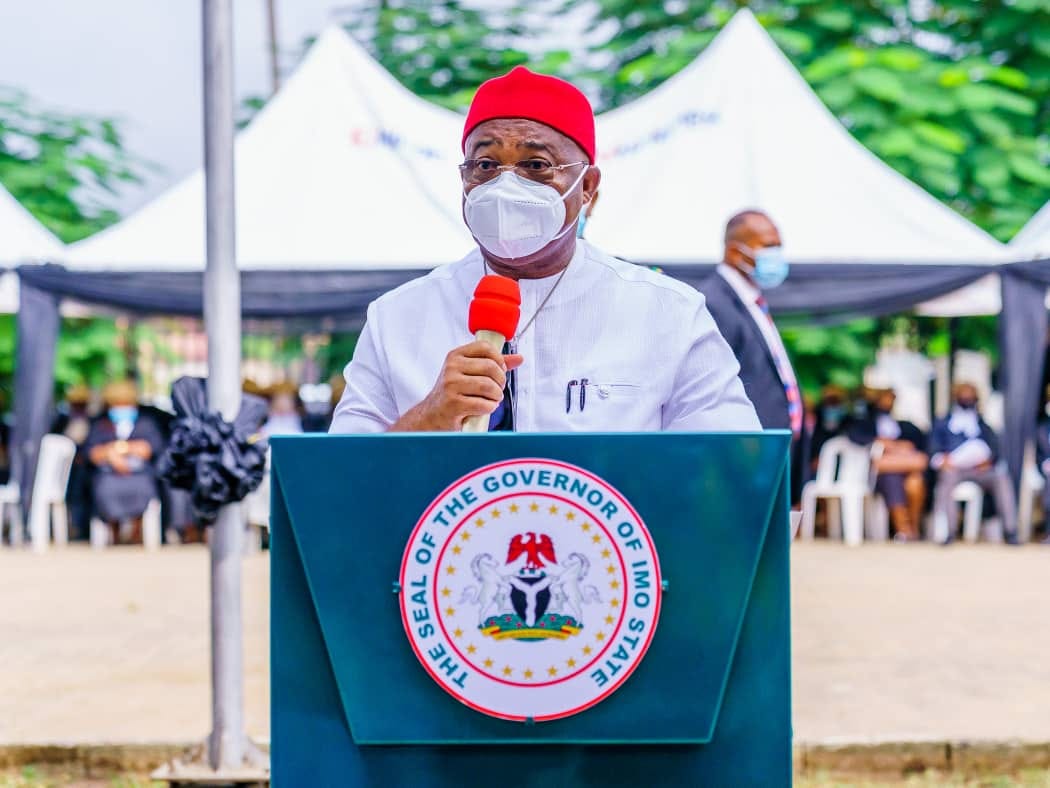 It well known that Industrialization generates employment opportunities, provides educational opportunities, encourages advancement and innovation, and better utilizes resources. All of these benefits and more make industrial development extremely valuable to a population and the local economy.

Over the years emerging problems like lack of proper funding, non payment of workers salaries, lack of modern day equipment, disadvantageous privatization and other irresponsible Government policies further grounded the activities and operations of these industries and thereby making them moribund. Yet, successive administrations yielded not to the desires of getting our industries to work again or better still champion the cause for new ones.

Suffice to say that no industry or investor can work or invest in an area where there is no good road network and constant power supply as these are indices that promotes industrialization anywhere in the world. The issue of bad road in the state has been a predominant and a reoccurring trend which grossly affected the growth of our industries and further dissuaded the industries from going into large production as both the buyer cannot access the industry and vice versa. Ordinarily, the constant use of generator(s) in an industry usually amounts to a high level of expenditure on the purchase of fuel and this is usually done from the income accrued to the industry which reflects on the prices of commodities thereby making it uneasy for an average man to pay for such services and goods from the industry.

Previous administrations decided to settle for the less by only depending on FG monthly allocation and meagre IGR to run the state and her economy forgetting that the economic growth provided by industrial development is a well-sustained growth that can transform an economy. Industrial growth and economic growth go hand in hand. Economies thrive when an industry is growing because a growth in the industry means more jobs, more money, and more opportunity.

Fast forward to the present Shared Prosperity Government of Governor Hope Uzodimma, he understands that industrial growth is not just a thing of the past, It is as relevant today as it ever was and will boost the IGR of the state with multiplier effects on the economic sustainability plan of the State Government in line with the 3R mantra initiative.
Governor Hope Uzodimma has again shown his readiness to restore the lost glory of the State as a hub of industries by trying to revitalize the existing ones and attracting investors to invest more through the industrial clusters initiative, payment of workers salaries, purchase of modern equipment, good management and well articulated Government policies.

Both existing and new industries can now strive in the state as the present administration has given a facelift to all the roads in the state. This cuts across both the rural and urban roads and has enabled businesses and industries to meet their target markets and the cost of transportation is very much favorable for industries and companies to operate on.
By the recent breakthrough of the State Government in the area of power supply through the coordinated efforts of the Transmission Company of Nigeria(TCN), Niger Delta Power Holding Company(NDPHC) and the Rural Electrification Agency of Nigeria, the epileptic power supply is of the past and won’t affect the smooth running of industries neither will it scare investors from setting up industries in the state.

The Shared Prosperity Government of Senator Hope Uzodimma knows that progress is propelled by industrial development and for the state to progress, it must be in a geometrical fashion that will industrialize the state for the advantage of Ndi Imo at home and in diaspora which can be boldly said that Governor Uzodimma is the defending champion of industrializing Imo state plan amongst other past Governors of the State and this we can’t thank him enough for it.

Gov. Ugwuanyi gets nod from federal agencies to construct iconic roundabout and tower at Opi Junction, amid jubilation

Value-added services will define the future of e-commerce