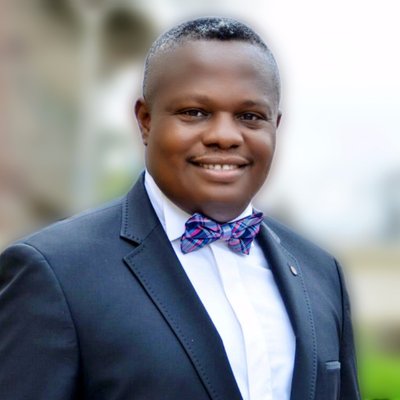 #FixPolitics, a citizens’ movement recently launched to fix politics in Nigeria and ultimately Africa, has appointed Anthony Ubani as its Executive Director.
Ubani will lead the implementation of the Triangular Pillars of Democracy, which uniquely identify the tripod focus of the #FixPolitics initiative on emerging an empowered and engaged electorate, building a new value-based political class and demanding constitutional, political and electoral change.

As a Richard von Weizacker Fellow at the Robert Bosch Academy in Berlin Germany, Dr. Obiageli Ezekwesili focused her research on #FixPolitics to develop a deeper understanding of the nexus between the quality of politics and the economic progress or decline of countries in Africa, with a particular focus on Nigeria.
The findings of the research subsequently informed the composition of a 125-member Work Study Group – of Nigerians from diverse endeavours and regions. The WSG, chaired by Ezekwesili, work collaboratively to design and implement a systemic structural change agenda for the politics of Nigeria with the aim of raising the quality of our democracy and governance and improve the wellbeing of citizens.

In a statement on Tuesday, the group’s Publicist and Spokesperson, Mr. Ozioma Ubabukoh, stated that Ubani would resume duties in January 2021.

Ubabukoh explained that the “incoming executive director is expected to bring his practical political experience to bear in the realisation of the objectives of #FixPolitics.”
Part of the statement read, “Ubani’s mandate is to ensure the emergence of an empowered and engaged electorate; a new values-based political class; and a reformed constitutional, political and electoral environment as the three cardinal pillars of #FixPolitics.”

Before his appointment, Ubani was the President/Chief Executive Officer of Women Leadership Institute. He has held various executive positions, including Acting Country Director, Mississippi Consortium for International Development; and Director General, Peoples Democratic Institute.
Some of his recent researches include ‘Leadership Recession in Nigeria and the Perennial Predicament of Deferred Development’; ‘Deconstructing Professionalism in the Context of Economic Recession in Nigeria: A Fresh Perspective’ and ‘Partisan Politics, Civil Societies and the Consolidation of Institutions in Africa’.

Governance: How we shortchange ourselves as electorates