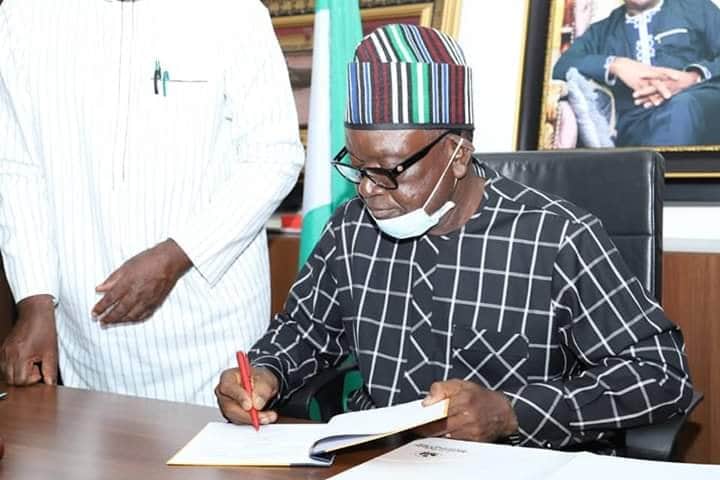 Governor Samuel Ortom signed into law, the revised appropriation bill of N108.8 billion for the year 2020.

Governor Ortom while performing the ceremony, said the action became necessary following the reduction in oil-related and non oil revenues to the state occasioned by Coronavirus.

The Governor explained that despite the huge reduction in the current expenditure estimates, government had kept faith with its responsibility to the general workforce by protecting the personnel budget with very minimal reductions in some discretionary allowances.

He said the bulk of the reduction were made on non-critical overhead costs, stressing that overhead provisions that are critical to the COVID-19 response had been retained or increased in some cases.

The Governor reiterated his determination towards provision of infrastructure, security of lives and property of Benue people and the general welfare of the people despite reduction in the budget estimates.

Obiano, Soludo and The Vision

The first of the debates just ended and it was fireworks and salvos thrown...