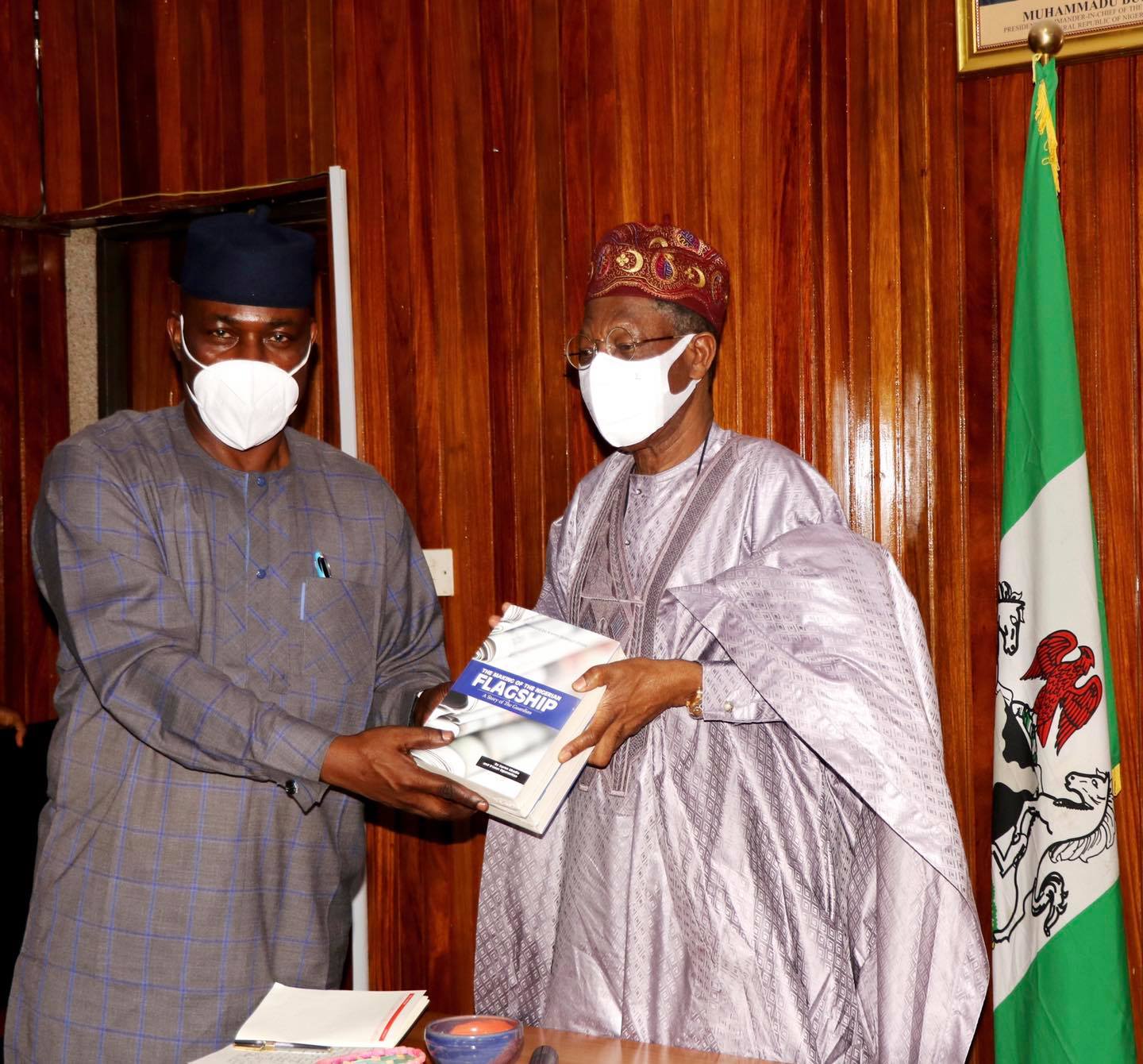 The Minister of Information and Culture, Alhaji Lai Mohammed, has advised media organizations to set up a special desk for fact checking in order to guard against being misled by fake news and misinformation.

The Minister gave the advice in Abuja on Tuesday when he received the management of the Guardian Newspaper on a courtesy visit.

“I believe it will not be out of place for reputable media organizations like the Guardian to set up a special desk for fact-checking as a panacea for this problem. That way, you can help citizens to separate fact from fiction. I am aware that some media organizations are already doing this, but it must be taken seriously by every media establishment.

“In an era of fake news and misinformation, the media has a duty to get its facts right. The media does itself a great favour by ensuring that charlatans and hack writers do not dominate the media space, as it’s increasingly becoming the case here in Nigeria

“It is said that for the media to be able to play its role, which is to inform, criticize and stimulate debate, it must take responsibility for whatever it puts out. In other words, it must get its facts right.

But can we say today that most of what we read, hear and watch in the news are factual?” he inquired.

Alhaji Mohammed said in the past few days alone, his office has received appeals from many concerned Nigerians asking the Federal Government to do something about the rising wave of fake news and misinformation.

He said he is also aware that, publicly, some well meaning Nigerians have issued such appeals, and gave the assurance that the government will be taking a more concrete step on this in the months ahead.

The Minister said the issue of fake news and misinformation is not just about the government alone, as some have insinuated, noting that homes have been ruined and that many people have been pushed into depression with fake news and misinformation
He hailed the Nigerian media which, he said, is widely regarded as being independent and fearless, saying that the government continues to view the media as a strong partner.

In his remarks, the Editor-in-Chief of The Guardian, Mr. Martins Oloja, told the Minister that the newspaper is re-engineering itself and evolving into a multi-media platform,
He said The Guardian remains loyal to the Constitution of the Federal Republic of Nigeria and would not yield its platform to those seeking to undermine the country’s unity.

FG RELEASES 142.6M FOR RESEARCH DEVELOPMENT IN THE MINERALS AND METAL SECTOR IN NIGERIA……Adegbite.

CATHOLIC COMMUNITY IN OKIGWE MOURNS THE PASSING OF FR ILONU