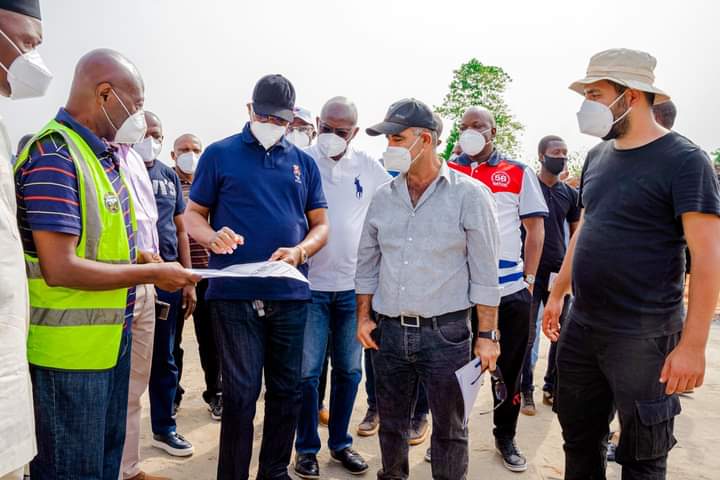 The Ogun State Governor, Prince Dapo Abiodun has said the decision to embark on the construction of the cargo airport in Ilishan-Remo is an objective decision taken based on the economic development agenda of his Administration to have a cargo airport that fully complements agro value chain investments in the State.

“This was not a decision that was taken for any other reason except that which is objective. Our thinking was based on our economic development agenda which is to have a cargo airport that fully complements agro value chain investments in the State.

“This project has since been conceived in 2007. All necessary approvals were gotten in 2008, and all environmental impact assessment as well as other regulatory requirements have been met 100%. All we had to do was brush them up to ensure that they met with current realities,” he said.

“The AFROEXIM Bank has begun the construction of the first African International Testing Centre here in Sagamu; that is, a centre where items for export would be evaluated and approved for export, so a cargo airport here is just very convenient and economically wise,” he said.

Abiodun, while noting that the project which had already begun before the Senate Committee on Aviation came to the State, affirmed that the first phase of the cargo airport would be completed by May, 2022.

“This project had begun way before the Aviation Committee came here. It was not the other way round. In line with our economic development agenda, we had an airport as part of our key enablers, and we have begun the airport. As a matter of fact, in line with our plans, this first phase of the airport will be completed by May, 2022. The work was already in progress and the coming of the Senate Committee was incidental,” he said.

THE IMPENDING EXTINCTION OF THE IGBO APPRENTICESHIP SYSTEM.