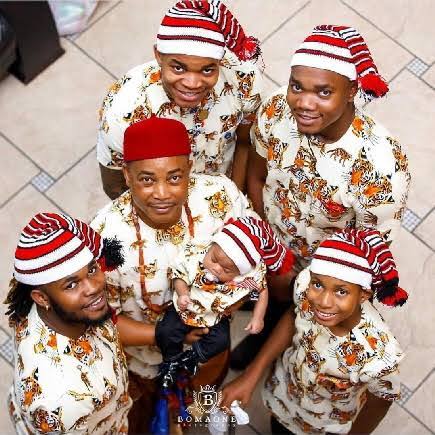 firstly let’s define Igbo apprenticeship :The Igbo apprentice system, also known as the Igbo trade apprentice system and commonly referred to as ′Igba-Odibo/Igba-Boi/Imu-Ahia/Imu-Oru′ is a framework of formal and informal indentured agreements between parties that ultimately facilitate burgeoning entrepreneurial communities within the Igbos.

As an Igbo person reading this you don’t need further explanations as you already know what it means.

It is a system which has helped expanded the Igbo “markets” over centuries, producing millionaires and boosting economies.

It doesn’t matter wherever the Igbo man finds himself, as long as the environment is conducive for trade he starts his trade, at a point employ his brother who is to be paid in cash and in kind after an agreed number of years.

Days run into weeks, into months and into years until this apprentice is finally paid as agreed, he start his own trade and adopt the same system and the process never ends.
within decades the whole market is overrun by a particular tribe.

The system has remained one of the most admired means of getting wealth until the recent decades and here are few factors that are likely to cause the system to go extinct in the future.

1- devaluation of the naira :
In the past an apprentice who received 500k as settlement is sure to succeed because that is a whole lot of money then.
A business that requires a startup of 500k in the year 1999 now requires over 5 million and no master is ready to give out such amount as a settlement.

2-Many young Igbos now prefer the fast learn: Imagine that you are serving your master at your 3rd year, you still have about 5 more years before settlement, then you still have about 5 more years after your settlement before you record a major success, then suddenly you start seeing a little boy you left in the village buying cars, building houses and living your dream life.
You manage to meet him and ask him how come, he said “na street I de oh”, then you begin to question everything about your life and the desire to abandon business creeps closer day by day.

3-lack of honest apprentices : the pressure to steal from your master is irresistible among today’s servants, many masters who did very well have gone broke in the hands of dishonest servants and others have learned from their experiences.
Majority of today successful traders now prefer to have sales girls instead of apprentices thus causing decline in apprenticeship.

4-dishonest masters : many youths have watched their relatives who left the village over 10 years ago come back with nothing other than mare unproven allegations of theft and disloyalty.
Who still want to be an apprentice after watching his brother suffer for that long and gained nothing?

Today that no youth wants to go through this system to make wealth due to the above 4 factors, many have diverted to illegal means of success, 2 of these means are drug peddling and internet fraud.
Having studied how these illegal activities operate its very correct to state that the Igbo apprenticeship has only left trade and have been transferred to crime as drug peddlers, yahoo boys and even kidnappers now have apprentices.

It doesn’t matter if the activity is legal or criminal, as long as the Igbo man is involved he quickly adopts the apprenticeship and over a short period of time the whole business is overrun by the tribe.

OGUN CARGO AIRPORT: OUR DECISION IS OBJECTIVE AND BASED ON OUR ECONOMIC DEVELOPMENT AGENDA - ABIODUN