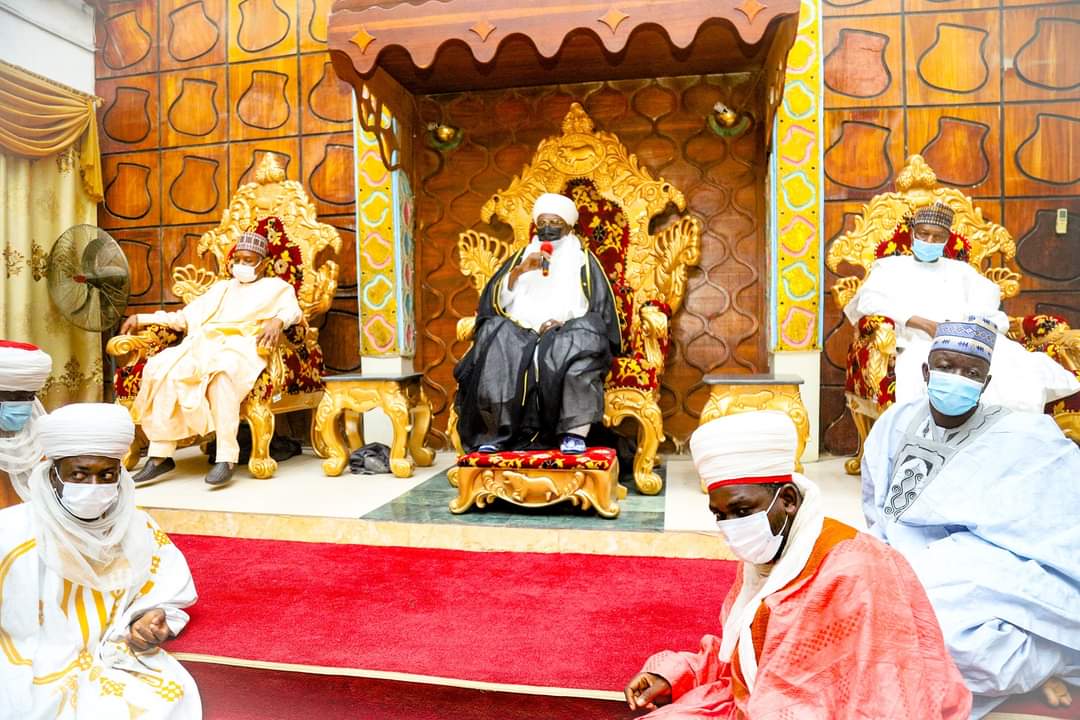 Governor Abubakar Atiku Bagudu of Kebbi State has announced that, the newly established modern tomatoes factory in Ngaski would launch production between 22nd to 24th of March, this year.

The governor broke the happy news, on Saturday, while on a Courtesy visit to the Emir of Yauri, Dr. Muhammad Zayyanu Abdullahi, in his Palace, in Yauri.

He told the Emir that he has already intimated President Muhammadu Buhari on the issue, to seek for his blessings for the event.

He said:” Officials of GB Foods have informed me that plans are underway for the launching and commencement of production .

‘ I have also informed the Presidency about it and sought for permission for the event, between 22 to 24th of March, in Ngaski, so that the President could join us virtually due to Covid-19 protocols. “

The Governor explained that, the advantages of the firm cannot in anyway be over emphasised, as it cannot come at a better time than now when more sources of revenues for the Government were direly needed.

Bagudu explained that, the establishment of the firm and the planned flag off of production would boost the tomatoes value chain in the state, reduce unemployment and bolster the economy of the state and Nigeria, in general .

Bagudu further noted that, the firm would help to reduce capital flight and boost food security in the country , saying that, thousands will benefit from it, down the value chain .

The governor acknowledged the sustained support of the Emir towards the administration of President Muhammadu Buhari and that of Kebbi State , and urged him to sustain the tempo.

He told the Emir that, Buhari has honoured the Yauri Emirate and Kebbi State by completing the road construction in the area and appointing two illustrious sons of the state, the Katukan Yauri and Abdurashid Bawa as the Pioneer Managing Director of Hydro Power Producing Areas Development Commission (HYPPADEC) and Chairman of Economic and Financial Crimes Commission (EFCC) respectively.

Bagudu also said that, the nomination of Professor A.A. Zuru as INEC National Commissioner will also be approved soon by the Senate .

He prayed Allah to give the emir more prosperous and healthy life in his reign.

The emir thanked the governor and his entourage for the visit saying that the Yauri emirate would always remain grateful to the governor for the myriad of developments he brought to the area .

Earlier, before his visit to the palace of emir of Yauri, the Kebbi State Governor,Senator Abubakar Atiku has condoled with the family of Alhaji Sodangi Mohammad Ngaskai who died recently in Yauri.

Malan Ismail Ibrahim Taraba, one of the family members who received the governor, appreciated the visit and concern of the governor over the deceased.