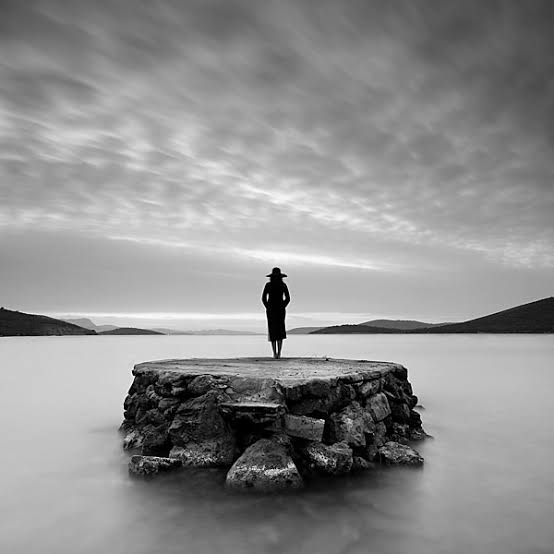 People living in solitary and lonely lifestyle are dying daily. The death rate is increasing but silently. Quite a number of such deaths have been recorded in January alone. The situation is worse for those who have attitudinal or relationship issues with their family members and neighbours as nobody asks after them even days or weeks after they’re not seen around. To loners with short fuse, neighbours keep their distance for fear of being snubbed or engaged in quarrels.

A senior lecturer in a federal university died in his official residence without anybody knowing. His family lived abroad and he visited them twice or once a year depending on his schedules. He had no domestic staff, no friends, no acquaintances and none of his relations came to visit him. He took ill, managed his condition without anybody knowing. Hours ran into days until his decomposed body was found in his apartment when someone who wanted to give him a consignment to be taken overseas came knocking on his door. After calling his name several times with hard knocks on the door, the guest raised an alarm and the door was jacked open only to find his dead body decomposing.

Last October in Port Harcourt, Rivers State, a woman who had been a loner for some years was found dead in her apartment almost two months after her death. In fact, it was the stench of her decomposed body that led people to invite the police before the door to her apartment was broken to gain entry into her apartment.

A former telecommunications official who, out of marital frustration, decided to live alone without socialising with family members, friends or colleagues, died in his sleep. It took his neighbours about five days to raise an alarm that he had not been seen while his door was locked from the inside. Thus, the door was eventually forced open. He was found in his bed lying in a sleeping posture but bloated with foam in his mouth.

These incidents were happening sparingly in the past but these days, it is becoming alarming. An asthma patient died of an asthma attack in her north London flat. The television was left on. The mail continued to be delivered. Her rent was set up to be automatically deducted from her bank account. The days rolled by and no one noticed she was gone. Those days turned into weeks and the weeks into months. There were large trash dumpsters on the side of the building next to her unit, so the neighbours never thought much of the smell emanating from her flat. Eventually, her bank account dried up. Her landlord sent her letters of collection. These letters, like the others, simply fell into the stacks scattered about her floor. They went unanswered. Finally, with more than six months of overdue rent, the landlord got a court order to forcibly remove her from the premises. The bailiffs broke down the door, and it was only then her body was discovered. By then, it was more than two years after she passed away. In that time, nobody ever came looking for her. No family. No friends. No co-workers. No neighbours knocked on the door to see if things were all right. Nobody called. Nobody checked in. She was 38-years-old when she died.

No matter the age, it is risky for adults, especially those above 50s to live alone. Men are more endangered in solitary life than women but recent happenings show that both sexes are prone to untimely deaths through loneliness. This mental health problem has been shown to translate into physical health. A well-known review of research found that loneliness (the feeling of being

lonely), social isolation and living alone were risk factors for early mortality, with an increased likelihood of death ranging from 26% to 32% as at last year.

Living alone can be deadly. A study by Brigham Young University found that loneliness shortens a person’s life by 15 years and has the same health impact as being obese

Staying in front of the technology curve is now critical.

To set itself apart in the digital era, any bank needs cutting-edge technologies that allow it to quickly and securely respond to customer demands. But with mobile Internet and Financial Technology (FinTech) giants beginning to throw their weight around — offering new and ever higher levels of data processing, analysis, and customer service — many banks’ data storage systems are being pushed well beyond their limits.

Established in 2006, Nigeria’s Unity Bank is one of the top commercial banks in the country, so it’s no stranger to Information and Communications Technology (ICT) challenges. Unity has a singular, unifying vision that lies at the core of everything it does: to be the retail bank of choice for all Nigerians. With banking transaction surges causing core system performance bottlenecks on its legacy network, affecting service efficiency and the customer experience, Unity knew it…